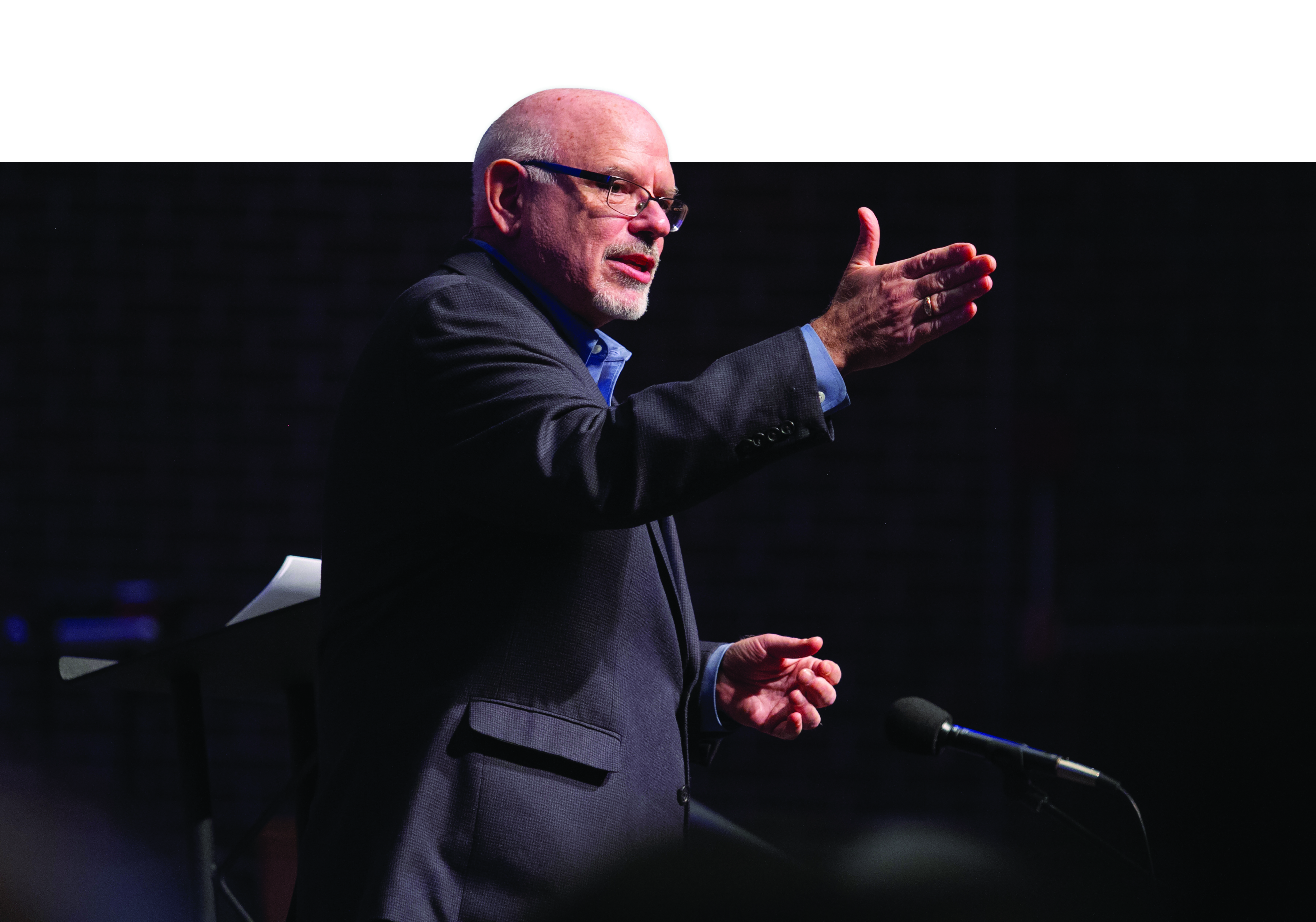 “Moody has the only fully accredited Jewish Studies program at a Christian undergraduate school in America, and we’ve had it for 100 years,” says Dr. Michael Rydelnik ’77, professor of Jewish Studies and the opening night speaker.

While the program has typically been small, many Moody alumni have gone on to serve with messianic Jewish organizations and congregations. “Moody is the primary training place for messianic Jewish ministries; I think that’s very significant,” says Rydelnik, who has taught Jewish Studies and Biblical Studies courses at Moody since January 1994.

Fun fact: Of the five successive Jewish Studies professors in the program’s 100-year history, who’s the longest-serving Jewish Studies professor? Rydelnik is currently tied with Lewis Goldberg, who served for 29 years (1965–1994). “Goldberg was a scholar supreme,” Rydelnik says. “He taught Biblical Studies and the Pentateuch too. I had him for the Psalms.”

Worship music will be led by David ’12 and Jamie Kay (Shabowski ’11) Boskey, Moody alumni who serve in Israel.

Why did Moody choose the conference theme “To the Jew first . . .”?

“To remind people that God has not forgotten His chosen people, so we cannot forget them either in the 21st century,” says Dr. Samuel Naaman, professor of Intercultural Studies and Missions Conference chair. “This is where my heart is. I’m praying that God will call a whole new generation of Moody students and Moody alums to rekindle their passion to reach the Jewish people or facilitate Jewish evangelism. What I’m committed to is our heritage and our strong commitment for over 100 years for this ministry.”

Moody students are encouraged to visit local messianic congregations and join the Jewish student group, Keshur, which meets every Friday and holds multiple events throughout the academic year. Groups like Chosen People Ministries, Jews for Jesus, and Life in Messiah offer internships and short-term mission trips.

Watch the livestream or view on demand on Moody’s YouTube channel.

Please note that next year’s Missions Conference will skip past October 2023 and be held in February 2024, swapping places with Founder’s Week, which will take place in October 2023.