Dr. Brian Tucker, dean of faculty for MTS Michigan, was honored for his outstanding impact on students' lives 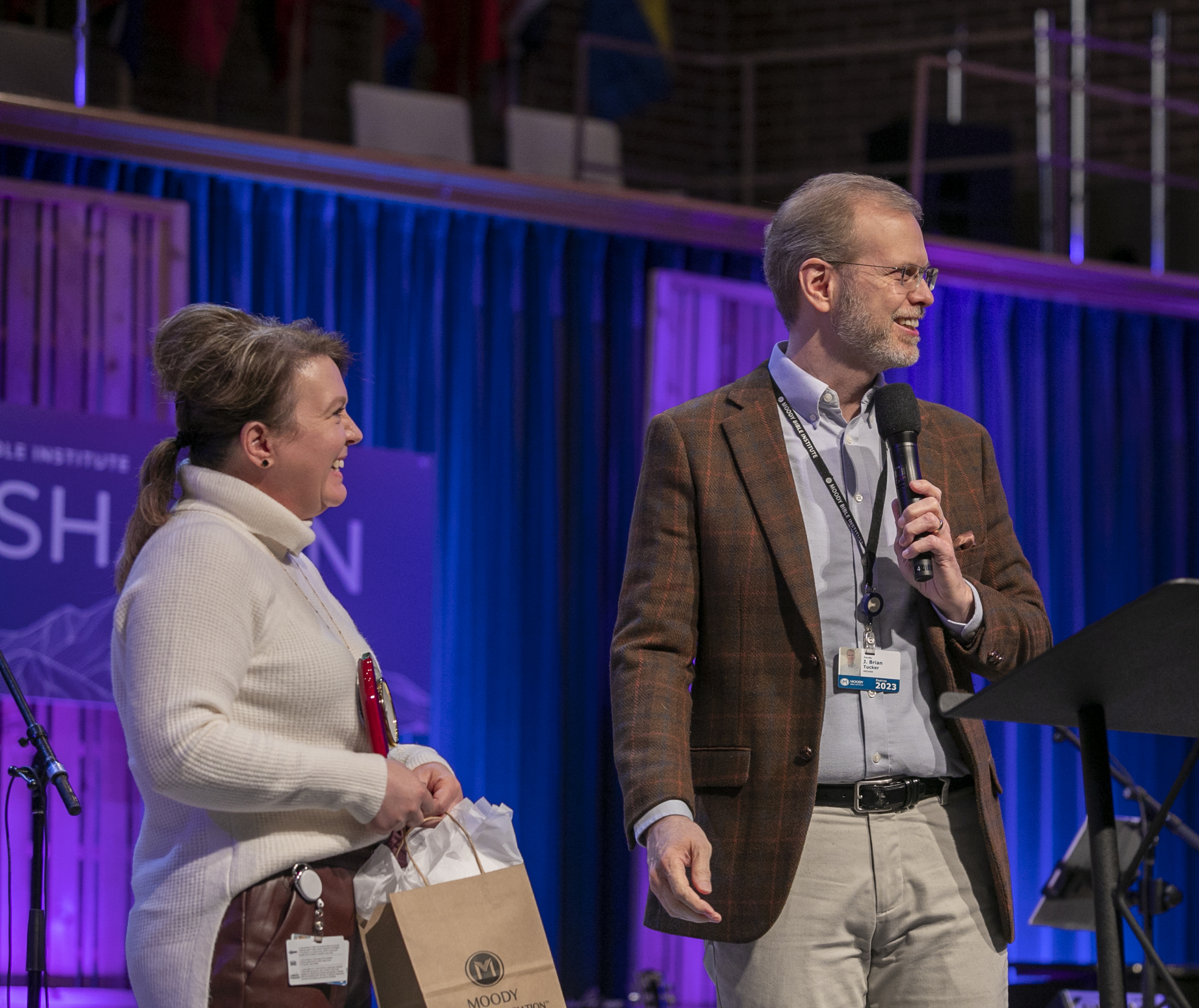 By Nancy Huffine and Linda Piepenbrink

Dr. J. Brian Tucker’s students say his classes are demanding but stretch and mature them far beyond what they thought they could ever achieve. As professor of New Testament, dean of faculty, and program head for the Master of Divinity at Moody Theological Seminary in Michigan, he expects no less from his students than from himself, challenging them to think and to grow.

“Dr. Tucker is a good mentor,” says Dr. Winfred Neely, vice president and dean of Moody Theological Seminary. “A number of his TAs he has mentored go on to get PhDs. Others become faculty members at different places. He’s very good at that. He also cares deeply about his colleagues and is very diligent. He does his job well.”

For his above-and-beyond dedication, Brian Tucker was honored at Founder’s Week Alumni Day on February 4 with the 2022 Faculty Citation Award.

Born in the bluegrass state of Kentucky, Brian grew up in Michigan and Ohio. From a young age, he was curious about things he read in the Bible. He wanted to know more, to search for answers. At the encouragement of one of his pastors, he pursued a Bible-based college education.

While studying at Lee University in Cleveland, Tennessee, he began playing keyboards for the “Ladies of Lee” singing group and met his soul mate-to-be, Amber Bates. Married in 1988, the Tuckers have raised a “straight-A” family of girls: Ashley, Alexandria, Annaliese, and Abigail.

Brian was a dedicated student with a thirst for in-depth biblical and theological knowledge and understanding. He has passed on this hunger for scriptural truth to countless people in his long and diverse ministry career. He received his BS in Bible and Pastoral Studies from Lee. He then earned a Master of Biblical Education from Liberty University, a Master of Divinity from Michigan Theological Seminary, a Doctor of Ministry in Expository Communication from Michigan Theological Seminary, and a Doctorate in Pauline Studies from the University of Wales, Lampeter.

Brian’s ministry career began as a youth pastor at Oxford Church in Oxford, Ohio, and continued along several paths. He has also preached sermons at weekend services and has used his musical talents to serve as a worship pastor. He made the career transition into college teaching because, as he says, “Teachers communicate information that doesn’t just get students through the week, it gets them through life.”

“What I really love about Dr. Tucker is his dedication to scholarship,” says Dr. Eric Moore, field chair and professor of Applied Theology and Global Church Ministries at Moody Theological Seminary in Michigan. “He writes journals, academic books, he’s mentored a number of students who are now teaching as adjuncts for us. He is a phenomenal preacher and a gifted musician.”

Dr. Neely commends Brian for his “meekness, humility, strength, scholarship, and a deep, deep commitment to what God is doing at Moody Bible Institute and on the Plymouth campus.”

In the classroom, Brian loves sparking the same curiosity and search for truth in his students that he experienced as a student. He says, “I want to find out what will make them a better ‘them.’ I’m not trying to make them like me.”