‘A Matter of Humanity’

'A Matter of Humanity' 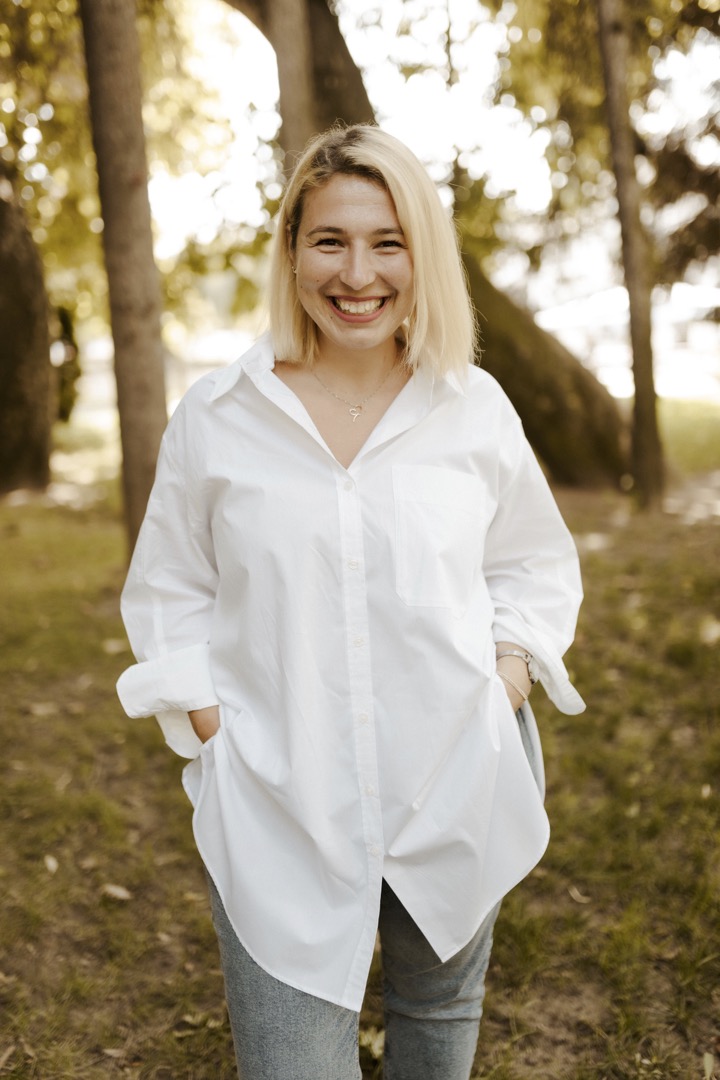 Moody Bible Institute 2015 graduate Adelina Ghilea is part of a grassroots network of Romanians aiding Ukrainians as they flee their homeland during the war with Russia.

But Ghilea and her countrymen weren’t ready to call Russia’s attack an all-out war.

“When the war in Ukraine broke out, things didn’t yet seem to be as serious,” said Ghilea, a native of Romania and a 2015 graduate of Moody Bible Institute in Chicago. “We perceived Putin’s actions more as a technique for intimidation, not real war.”

In less than 24 hours, a late-night encounter radically changed Ghilea’s view of Russia’s attack—and upended her daily life ever since.

Face to face with a Ukrainian refugee

On the evening of February 24, Ghilea received an urgent phone call from a work colleague. Her coworker had just taken a call from a pastor who was stationed at one of Romania’s main border crossings with Ukraine. The pastor was frantically aiding Ukrainians rushing into Romania.

The full-scale war erupting in Ukraine grew even more tangible to Ghilea in the wee hours of the night. Another friend called and hurriedly asked if Ghilea could immediately assist a Ukrainian refugee on the lam. Fixating on the girl’s safety while ignoring any potential danger, Ghilea hopped in her car and sped to a secure location near the border.

“In the middle of the night I picked up a refugee girl running away from the war and trying to make her way to Poland,” Ghilea recalled. “It was surreal to sit face to face in my home talking with someone who left their country due to war—real war. Things happened very fast. I didn’t even have a chance to offer myself as a volunteer when I found myself among the first responders inside the country.”

‘Needs pop up all the time’

Ever since that intense evening, Ghilea has continued to willingly participate in Romania’s volunteer humanitarian network supporting refugees however she can. Ghilea primarily focuses on connecting refugees with necessary resources. She links Ukrainians in need of medical care with Romanian doctors, seeks out temporary housing for refugees after they enter Romania and finds transportation when refugees need to run important errands or travel farther inside the country.

Ghilea has also helped gather food and other emergency supplies for humanitarian transports that deliver these goods to agencies, churches and refugee hostels inside Ukraine.

“Needs pop up all the time, and friends call other friends in our network,” Ghilea said. “I also connect volunteers to different projects or organizations already having a system in place to help the refugees. It is all about using your network to fill in where needed, be ready to pick up your phone at late hours and always have your home ready to host.”

Ghilea has personally hosted, transported and served hundreds of refugees since the war began. Her admiration for Ukrainians grows deeper with every man, woman and child she meets.

“Ukrainians rush out of their country and leave everything behind,” Ghilea said. “Two refugees I had contact with literally had no time to even take the trash out, packed only a small bag, picked up in their car whoever they could, and drove on all sorts of dirt roads and bypasses as they watched the news to see what areas to avoid driving through. They reached a Ukrainian town close to the border but crossed as pedestrians because the car lines were miles long.”

The Ukrainians that Ghilea has interacted with are struggling to deal with a powerful mix of emotions as they reluctantly leave behind their homes, jobs, communities, churches, schools and even family and friends. The Ukrainian government requires men ages 18 to 60 to remain in Ukraine to help defend the nation against the Russian onslaught.

“They all experience anger that such things can happen in 21st-century Europe,” Ghilea said. “They experience worry because they still have family and friends blocked in Kyiv and other parts of Ukraine. They experience shock at how rapidly things have changed and how easily your entire life can be scratched off and guilt because they’re now safe and sound, whereas many others are not.”

‘We live an ongoing paradox’

Ghilea and the thousands of other Romanians contributing to this vast humanitarian war network have been laboring nearly nonstop on refugees’ behalf since late February—all while still leading their “ordinary” lives. Ghilea is employed full time as a media planner with Ravi Zacharias International Ministries (known as Think Act Ponder in Romania) and works part time in other ministries. Some days sleep is fleeting amid a flurry of round-the-clock volunteer responsibilities.

“There is exhaustion,” Ghilea said. “On our end, the people most needed are either the ones living near the main borders or the ones who speak Russian or Ukrainian. On the other hand, we live an ongoing paradox. Our lives have to go on with our daily duties while war is unleashing just across the border. We know, though, that every small gesture counts and will remain as a good memory in the midst of the refugees’ despair. They simply don’t know whether they’ll ever be able to go back to their normal lives.”

As the world outside of Eastern Europe follows the war through the news media, many openly wonder why Ghilea and countless others in Romania, Poland, Czech Republic, and Slovakia are so vigorously rescuing and aiding refugees.

For Ghilea, the choice was simple.

“I don’t think that it was a matter of decision for anyone but a matter of humanity,” she said. “I have seen Romanians trying to be all hands on deck and help with as much as possible. Even my grandparents sent clothes and food to the refugees. In the craziness of the war, it is impressive how people come together and connect throughout the country. In these stories, we are just a link in a much, much bigger and stronger chain.”

Ghilea’s commitment to bravely intervene for Ukrainian refugees is no surprise to those who know her. In 2011 she left her hometown of Arad, Romania and traveled halfway around the world to live in Chicago and attend Moody Bible Institute. Moody appealed to her as a training ground that would prepare her for a career in media ministry and strengthen her faith in Christ with a robust theological education.

“I was so impressed by her courage to tackle this education in a new country and in a second language,” said Jamie Janosz, one of her communications professors. “From the start she was the type of person who was eager to make friends, to work with her fellow students and to learn from professors and mentors. At her request, I was able to connect her with several women in Moody Radio who also helped shape and grow her skills. I’ve been amazed by all that she has done since returning to Romania. She has used every skill and then some that she learned at Moody, from writing to speaking to broadcasting. God is doing great things through Adelina.”

After earning a bachelor’s degree in communications, Ghilea returned to her native Romania. She helped produce a live daily Christian talk show at a radio station in Arad before moving to the city of Cluj-Napoca to launch a missions-focused online radio station. In 2018 she joined the Romania team at Ravi Zacharias International Ministries. She also serves in ministries with the VIA Church in Cluj-Napoca and even hosts a women’s program and offers media support for a local Christian TV station.

“My life has been tremendously enriched by all things Moody,” Ghilea said. “The education as well as the professors’ dedication shaped my life. I still make references to different courses or books I studied and talk about the example of my professors. I also got to work alongside some of the most gifted, creative, and anointed people in the communications department and at Moody Radio in all my media projects. Moody really equipped me academically, spiritually and professionally.”

‘Her story is an inspiration’

Even half a world away, Ghilea continues to inspire and impact her professors at Moody and current Moody students through her work in full-time ministry and her courageous volunteer service on behalf of Ukrainian refugees escaping the war.

“Adelina communicates boldly from a place rooted in a heart for serving God,” said Brian Kammerzelt, head of Moody’s communications program. “She was an exceptional student, always highly motivated to learn as much as possible and perform to the best of her abilities. Adelina's commitment to her ministry calling and to the service of others is evident in all she does. Since graduation she has been a unique source of encouragement and collaboration for me and many others. Her work is important, and her story is an inspiration.”