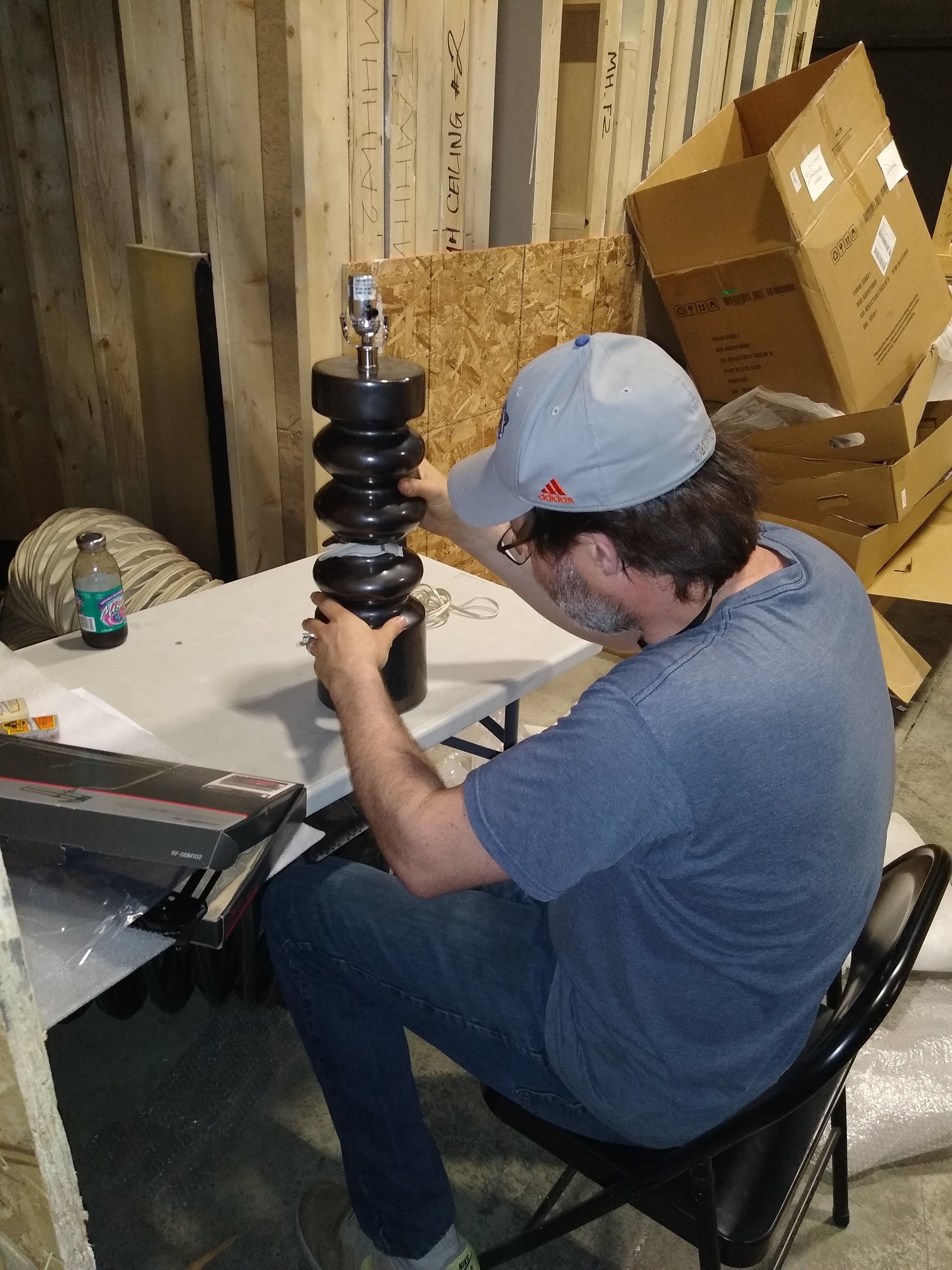 Keith Evers, a 2004 Moody Bible Institute graduate, at work as a set dresser in the Chicago TV and film industry.

Keith Evers has been a steady contributor to Chicago’s TV and film industry for more than 15 years. Following graduation from Moody Bible Institute’s Communications program in 2004, Keith launched a prolific career that would land him behind the scenes of three of TV’s highest-profile shows [Chicago Fire, Chicago PD, and Empire] as well as programs on Apple TV+ and Starz.

After dabbling in landscaping and greens [taking care of anything green or natural used in a film production] for TV programs and movies, Keith eventually settled on set dressing as his specialty. Working under the direction of the set decorator and production designer, set dressers are in charge of closely following the script to arrange the various components on a TV or film set before each scene is taped. This highly detailed undertaking covers every task from organizing items on a desk or table to placing furniture, hanging pictures, and making room for cameras and other equipment.

“For instance we go to people’s houses, swap their furniture out and our furniture in for whatever scenes we’re filming,” Keith said. “You get to be artistic and work with artistic people. You’re fulfilling the artistic vision of people who are above you.”

Due principally to the popular NBC show’s larger budget, Keith’s responsibilities on Chicago Fire have provided some of his most engrossing assignments.

“Episodes of Chicago Fire are so labor intensive,” Keith said. “For one scene I worked on, a bus rolls over, kids are trapped inside, and firefighters come to get them out. We had to recreate a whole hill with bushes and trees and fake grass so the director could shoot closeups for the actors so they wouldn’t be compromised in a real crash scene. My boss said the set we made looked so real that it was mesmerizing.”

Being a believer on set 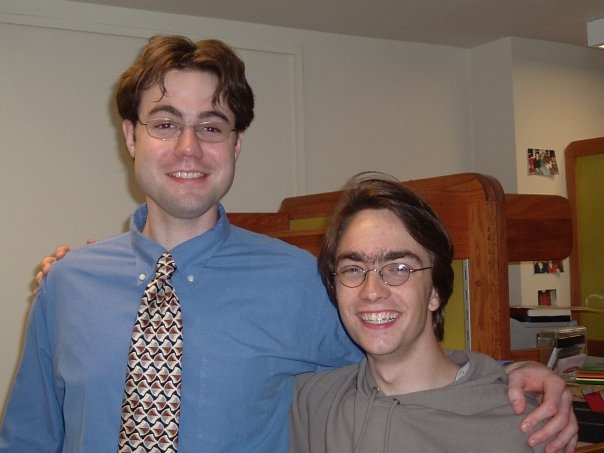 Keith has developed a reputation in the Chicago TV and film market as not only a committed and skilled set dresser—but as a Christian who listens and cares deeply about unbelieving colleagues and builds genuine relationships with them.

“People I work with know my ethics and how I treat others,” he said. “I don’t like gossiping about anything or trying to pull fast ones on people. I listen to them and ask them questions. I show a sincere concern for them and a real interest in what they have to say. I try to live differently than the world, which I hope stands out.

“[The apostle] Paul is so relational. He closes his letters saying how much he wants to meet people and shows you his sense of community. This is really important and is what we’re lacking today. There are so many simple things we could be doing in our communities to live out the gospel. These are things I’m trying to do more of.”

Photo caption: Keith Evers with friend and fellow Moody graduate Jason Todd while they were students.

Tenderness borne out of trauma

Keith’s ability to listen and to care for his colleagues has been shaped by personal trauma. When Keith was 16 years old, his mother contracted ovarian cancer. She passed away during his senior year of high school. Nine months later, just weeks after his high school graduation, his father died of heart issues.

Then, shortly after enrolling at Moody in 2000, Keith was diagnosed with leukemia. He withdrew from school to battle blood cancer while his older sisters filled their parents’ shoes as lifelines of support.

When Keith’s leukemia went into remission, he returned to Moody in the fall of 2002 and graduated with degrees in Bible and Communications in 2004. God used these heart-wrenching tragedies and the ongoing struggle with leukemia to develop an empathetic heart in Keith, who compassionately influences unbelieving coworkers for Jesus Christ.

“Because of the continued medical stuff I deal with, for instance, spiritual things come up when we’re working together,” he said. “I sort of tell things in a way that gets the point across. Sometimes people want to talk about it more. You know, people are damaged. No matter how damaged you are, I can relate to that because of what I’ve personally been through.

“I’m trying to be as real as I can with people. I think that’s the only way to really live. That’s how you develop real friendships so that they get to know you and see God’s work in you and you get to know them.”

‘I care about who they are’ 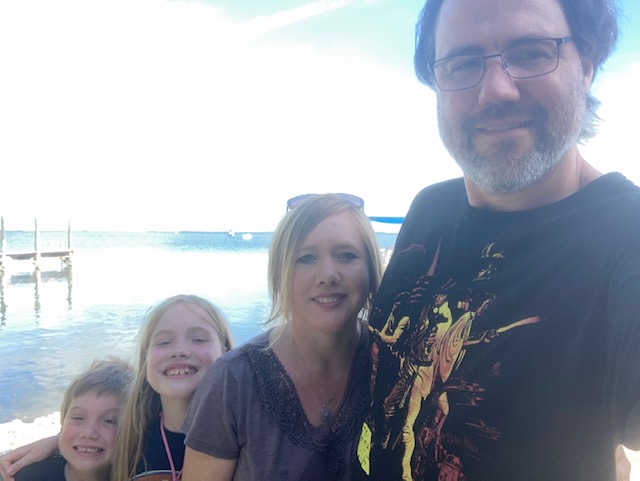 Keith’s humble, unassuming nature and his desire to listen and get to know others helps colleagues let down their guard, confide in him, and ask tough questions about God, the Christian faith, and their own personal hardships. Keith believes the adage that people don’t care how much you know until they know how much you care still rings true today.

“People tell me things and I’ll continue to be their friend, and that’s what we all need are friends,” Keith said. “I care about who they are, where they came from, any troubles they have, everything about them. And that’s what is important.”

From sharing music and books that offer spiritual insight to explaining the Bible’s teachings on subjects ranging from God’s character to Christ’s deity, Keith looks for opportunities to point coworkers to the Lord simply, lovingly, and relationally.

“At the end of the day, the gospel is very simple, and Jesus’ love is there for us,” Keith said. “His love is unconditional. He’s come for all of us. He’s died for all of us. That’s the truth.”

Photo caption: Keith, his wife, and two children live in the Chicago suburbs.