Giving Hope to All

Giving Hope to All

Moody students serve in a variety of roles at Sabka Sahaara, a church reaching a diverse audience in Chicago's Little India 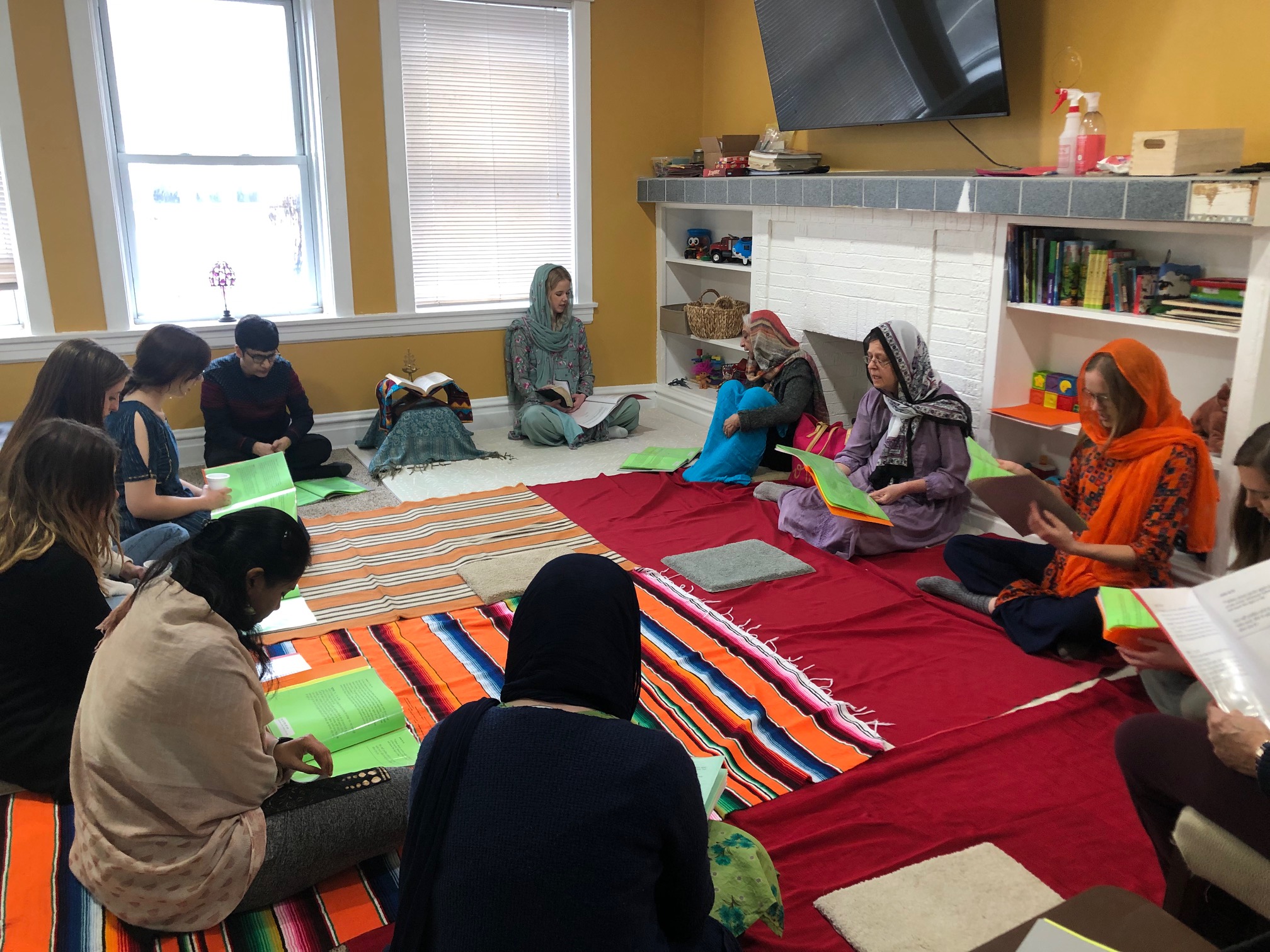 This is the third in a four-part series on how Moody Bible Institute's Practical Christian Ministries are serving refugees in Little India. Read part one and part two of the series.

Sabka Sahaara: giving hope to all

On Sunday mornings, Pastor Shine Gidla welcomes the church family at Sabka Sahaara, exuding warmth and contagious zeal. An ethnically diverse group of 50 or so people crowd onto folding chairs and couches in the storefront church, including Moody students and alumni who desire to serve the community. Mothers rock their children to the worship music played by Moody Bible Institute students, and the congregation sways to the rhythm, singing with joy. The music and Bible message prove to be a drawing card for new members.

Gidla felt called to ministry while finishing up an engineering degree in his native India. His dad recommended he attend “the best Bible college in the world,” so in 2015 Gidla came to the US and earned a master of divinity degree from Moody Theological Seminary (MTS) in 2019.

Gidla was excited to not only study but to discover an international community at the seminary, where he learned about different cultural perspectives. He also met Phil Adams, a classmate and 2017 MTS graduate originally from Ireland. Adams asked Gidla to join him in Little India.

For four years, they held Bible studies and services in each other’s homes and formed relationships with restaurant and shop owners. (“We celebrated Easter Sunday in a Muslim restaurant,” he recalls.) Then in December 2020, Park Community Church planted Sabka Sahaara at 2538 W. Devon Avenue and installed Gidla as lead pastor and Adams as global associate pastor.

The church collaborates with the South Asian Friendship Center and Devon Oasis to provide space for additional homework centers, SAFC’s monthly bilingual women’s service, and other events throughout the week that often involve Moody students. Sabka Sahaara means “Giving hope to all” in Hindi, and that’s what they strive to do.

Night Church on Devon Avenue: come on in

On a cold Friday night, people on Devon Avenue encounter live music outside Sabka Sahaara as Francis Moka sings songs in Hindi and Telegu. Moka is a pastoral resident being mentored by Gidla while working on his master of divinity at Moody Theological Seminary. He comes in to warm up with a cup of chai while a few people sit on couches chatting and having spiritual conversations.

Meanwhile, a group of women and girls are upstairs enjoying a “Matthew party,” based on the idea that Matthew—one of Christ’s 12 disciples during his earthly ministry—invited Jesus to his home but also invited some of his friends. The party includes watercolor painting and drawing henna designs on hands, hearing an Easter devotional and sharing a potluck meal of breads, fruit and rice dishes.

One of the ladies, a former Muslim with four children, has a selfie taken with Aunty Sunita. The woman says she walked into the brightly lit church one Friday night, drawn by the friendly people, music and light. She kept visiting and now identifies as a Christian.

“That’s really very transformative to see the love that we have for each other,” says Shiloh Newport, a 2017 Moody Bible Institute graduate, dressed in a pink Indian dress and scarf. She had invited an Afghan friend she met in a nearby park while their kids played together. “My friend wasn’t able to come tonight,” she says. “I was so sad, but she said she’s going to come on Sunday.”

The following Sunday, Newport’s friend from Afghanistan does show up at Sabka Sahaara with her husband and child. After a moving sermon from the biblical book of Daniel on how God makes the impossible possible, the friend’s husband wipes tears from his eyes.

Linda Piepenbrink is a senior editor in Marketing Communications and the managing editor of Alumni & Friends magazine with Moody Bible Institute.