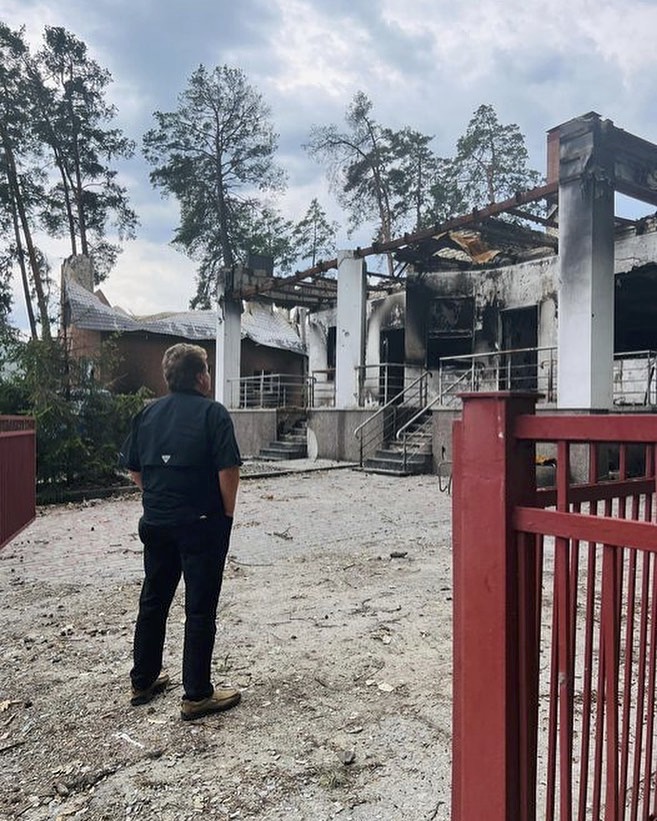 By Jeff Smith and Linda Piepenbrink

Like dozens of other Christian organizations in Ukraine, Mission Eurasia’s ongoing presence in the midst of Russia’s war against Ukraine is inspired by Christ’s love for the least of these—in this case, Ukrainians whose lives have been shattered by a relentless military assault.

There is also a personal motivation for risking lives to help the people of Ukraine. Mission Eurasia’s president, Sergey Rakhuba, was born and raised in the Donbas region of Ukraine, which was invaded by Russia in 2014. Committed to helping refugees and displaced Ukrainians, the 1995 Moody Bible Institute graduate and his ministry team recently established three refugee assistance ministry centers in the border countries of Poland and Moldova.

But, just as tens of thousands of Ukrainians have been killed and up to 15 million others have been forced to evacuate their homeland or find shelter in western Ukraine, Mission Eurasia has not been immune to the devastation wrought by Russia. In the city of Irpin, the Russian army demolished Mission Eurasia’s ministry headquarters. Among the buildings destroyed was a warehouse that contained thousands of New Testaments, Bibles, and Gospel of John booklets.

“They even took much of our literature outside, piled it up, and burned it,” Sergey says.

Seeing the devastation in person

Sergey recently visited the site where leaders from across Eastern Europe and Russia once received Bible training crucial to fulfilling the Great Commission in churches throughout the region. Seeing the decimated headquarters first hand brought Sergey and Mission Eurasia’s board chairman, Wayne Shepherd, to tears.

“The gospel radiated to all of Eurasia from this place,” Wayne says. “We are praying about when and how to rebuild.”

Fortunately no staff members were killed. In fact, the catastrophe has added even more urgency to Mission Eurasia’s efforts to distribute gospel tracts and Bibles to as many Ukrainians as possible.

“We have a print house in the western part of Ukraine working 24/7, printing hundreds of thousands of copies,” Sergey says.

Mission Eurasia is also ratcheting up its production and distribution of humanitarian aid to refugees. The organization launched Bread of Life bakeries near its refugee assistance centers in Moldova as well as in eastern Ukraine. These bakeries offer bread, food, employment, and, most importantly, the scriptural resources that can meet refugees’ deepest spiritual needs.

“It is a spiritual outpost,” Sergey says. “Refugees can turn for compassion from caring Christians who will share Scripture and the hope they need now—and for eternity.”