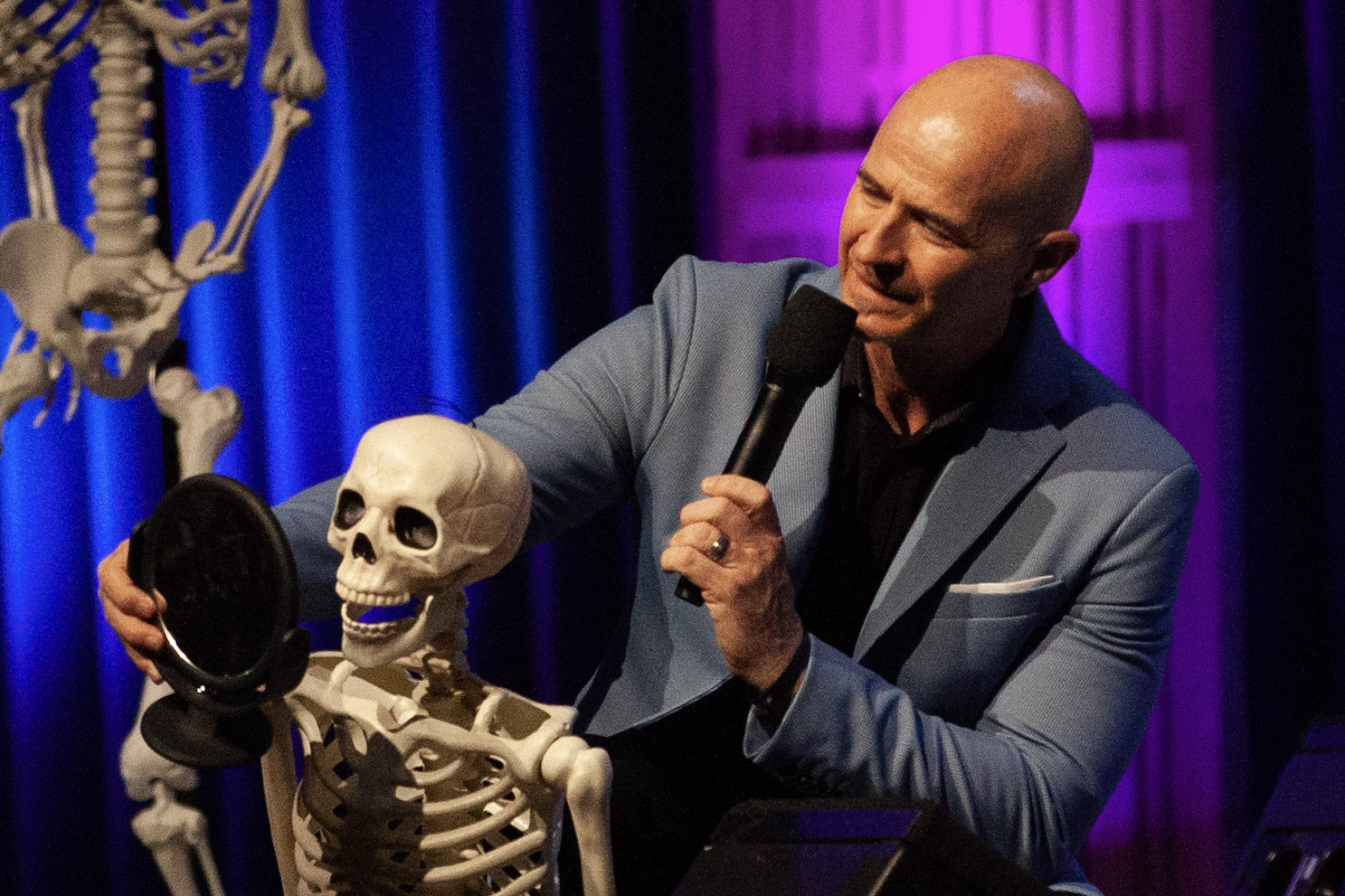 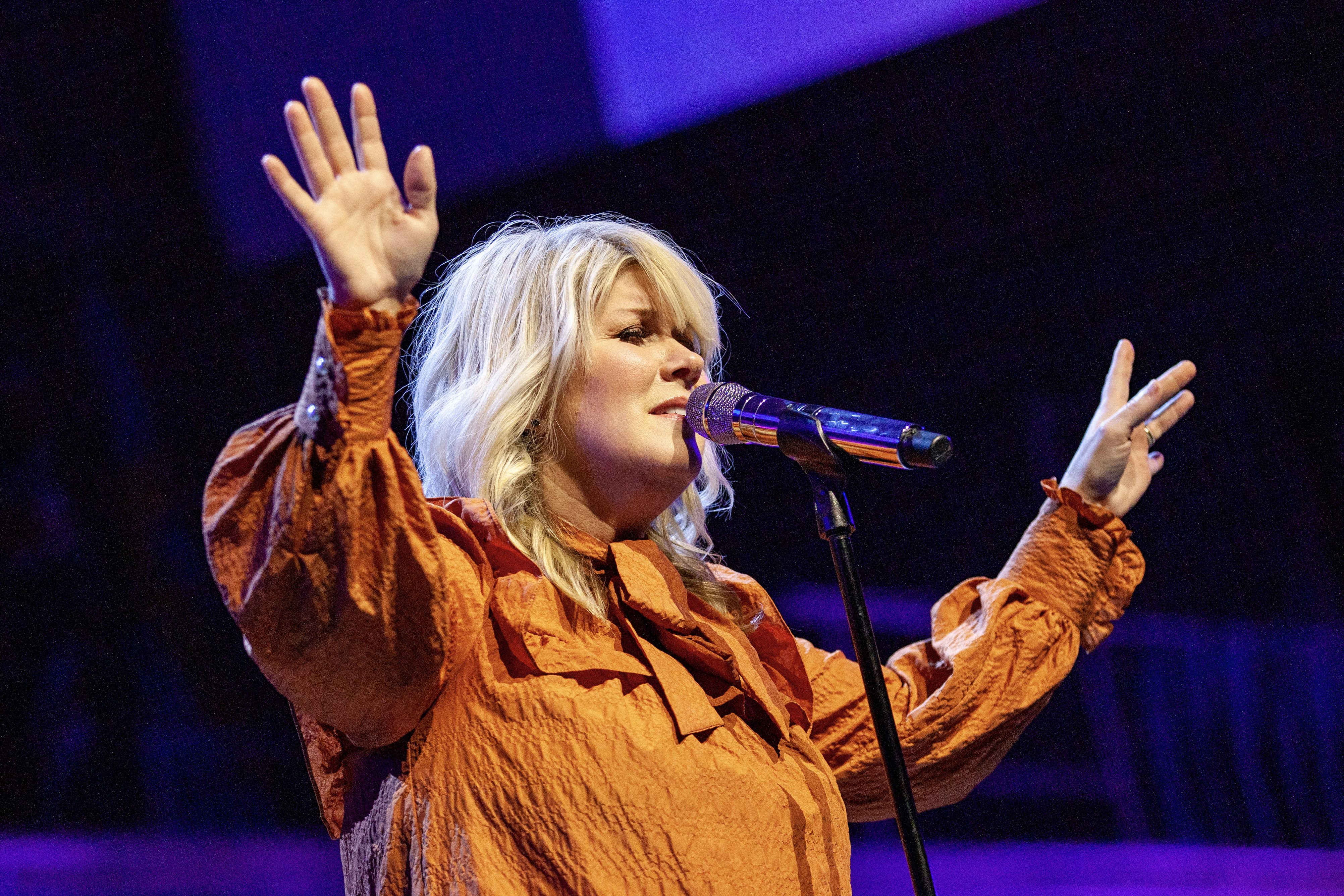 by Miriam Parrish
Founder’s Week 2022 ended with a convicting Friday night message from Dr. Mark Jobe and a phenomenal performance by Natalie Grant that sent the audience off with new spiritual fervor.

“Sometimes we need to be spiritually shaken up in order to be unshaken,” said Dr. Jobe, president of Moody Bible Institute and senior pastor of New Life Community Church. He preached on Ezekiel 37:1–14, the passage where God takes the prophet to proclaim the truth to a valley of dry bones.

“These bones symbolize a people that were but are not anymore. They have ceased to be living people,” Dr. Jobe said, going on to offer three insights from the passage.

'Can these bones live?'

To the Jewish prophet, it would have been especially jarring to be amongst these exposed bones, because for his people an unburied body was a disgrace. God compelled Ezekiel to take a deep look at something that was repulsive to him, asking him, “Son of man, can these bones live?”

As Dr. Jobe spoke, assistants came and spread a dozen model skeletons across the stage, providing a memorable illustration of Ezekiel’s experience. Dr. Jobe explained that often as believers, we can fall into a spiritual dead condition like those skeletons, unaware until the Holy Spirit reveals our condition to us.

Recalling the small church he pastored straight out of college, Dr. Jobe says he had worked himself into a spiritually dry place. He was ready to quit his pastoral position when God confronted him with his spiritual state. As he spoke, Dr. Jobe walked over to a skeleton and held up a mirror to its face. Seeing his own pride revealed, the young Mark Jobe had prayed, “I need You more, God. I am dry bones.”

As Ezekiel prophesied, the bones stirred. “The Spirit of God is ultimately the agent of awakening and sustained, life-giving renewal,” Dr. Jobe explained. “Ezekiel’s not prophesying to the bones, but to the breath. Calling God t do what cannot be done in the natural.”

'It's about the power of God'

By the end of the passage, God had knit the bones back into living, breathing human beings—a vast army. Dr. Jobe drew spiritual parallels between the dry bones’ miraculous restoration and the believer’s spiritual journey.

“You can be sound in orthodoxy, but dry in Spirit,” he said. “Never underestimate or undermine people who pray.”

Prayer can accomplish what preaching cannot. “It’s not about your power, it’s about the power of God,” Dr. Jobe said.

In the conclusion of his message, Dr. Jobe invited members of the audience who recognized their own spiritual dryness to join him on stage. “Respond to his life and His Word,” he exhorted them. In a symbolic gesture, Dr. Jobe told them to throw the skeletons off the stage and "into the valley."

'He establishes the plan'

The session, which had opened with Natalie Grant leading the audience in worship, ended with her performing again. Besides her powerful vocals, the eight-time Grammy Award nominee and five-time winner of the Gospel Music Association’s Dove Award for Female Vocalist of the Year also had some spiritual insights to offer.

In 2017 Grant discovered cancer on her throat. Doctors told her she would never sing again. This pronouncement plunged her family into a “dark valley,” during which she came to know God in a deeper way than she had ever known Him before. “He establishes the plan,” she said. “Your job is to follow the path he’s laid for you.”

Grant mentioned the first time she came to Moody’s campus in 1995, when she was an elementary education major participating in Moody’s Friday Night Sing. At the time she was grieving a broken engagement, unaware of what God had planned for her life.

Grant never would have known that she would return after a full career as a singer. “It’s less about our dreams, I’m finding as I age,” she said. “It’s more about being obedient.”