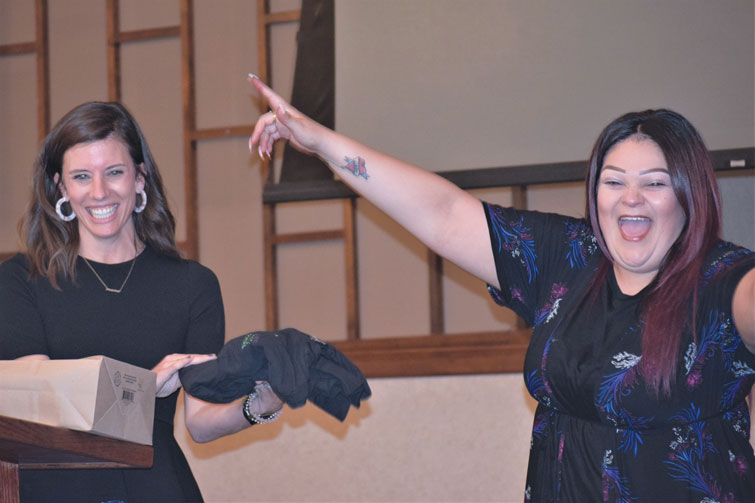 A master’s degree in Biblical Studies from Moody Theological Seminary doesn’t sound like ideal training for ministry work to women trapped in sex trafficking, the world’s second-largest criminal industry after drug trafficking. (Some 24,000 women and children are trafficked in the Chicago area alone.)

Now serving as executive director of Naomi’s House, a Chicago-area residential ministry for women trapped in commercial sexual exploitation, Simone said her seminary education thoroughly prepared her to teach and disciple women from God’s Word and to integrate women into a community. “I learned so much about urban ministry, specifically,” Simone says.

Dr. Pam (Kistler) MacRae ’79, MA ’02, agrees. The director of Women’s Ministries at Moody Bible Institute and program head for the BA in Ministry to Victims of Sexual Exploitation, Pam collaborated with Simone to found Naomi’s House, a nonprofit residential ministry under the umbrella of The Moody Church. Dr. MacRae personally saw how Moody’s training equipped Simone to painstakingly formulate plans for the launch of Naomi’s House in 2016 after countless hours of prayer, research, and meetings with area churches, law enforcement, and various organizations.

Pam marvels at the impact of Naomi’s House, where 13 women have completed the residential program and the ministry has recently added a day residence program in Chicago’s western suburbs.

“Simone has been the best executive director I could have ever imagined for that,” said Dr. MacRae, a member of the Naomi’s House board of directors. “And we didn’t know that was exactly going to happen when we started sitting together. But Simone is a gift, and she is a blessing.”

Simone is grateful to the Lord for equipping her through Moody Theological Seminary, leading her to co-found Naomi’s House, and growing her heart for women caught in the dark pit of prostitution and commercial sexual exploitation. Her favorite Bible story is the woman who touched Jesus’ garment after bleeding for years (Mark 5:24–34).

“She was marginalized, she had run out of resources, had 12 years of suffering. She was both desperate for Jesus and brave enough to reach out to Him,” Simone says. “Jesus healed her and freed her from her suffering. We literally see this happen every day in the work that we do at Naomi's House.”

For full details about the inspiring story of Simone Halpin and Naomi’s House, check out the Alumni & Friends magazine online feature story by Linda Piepenbrink.