From Fear to Friends

From Fear to Friends 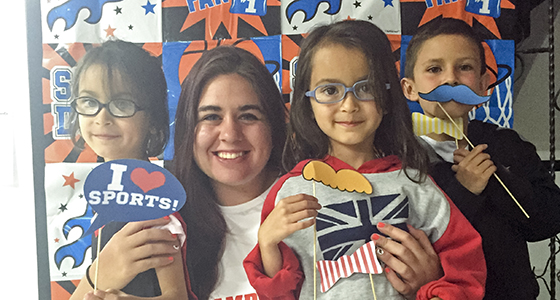 Missionary Serina Klotz opens her home and heart in Columbia.

When Serina Klotz ’14 moved to Colombia as a single missionary with Camino Global, her worst fear wasn’t encountering FARC guerrilla rebels or learning to speak Spanish fluently. It was the thought of being alone. “I’m a super social person,” says Serina, the oldest of six siblings. So when she moved into a place by herself a year after her arrival, she panicked.

Living by herself has turned out to be a blessing. “I’ve really come to enjoy it because I get the rest I need. Speaking another language all the time is a whole new level of exhaustion,” she says.

With her gift of hospitality, Serina is never alone for long. “God’s used my fear of loneliness as a really awesome motivation for ministry because I do like having people over.” Young people come over for coffee and end up staying for hours. “Colombians love coffee. Coffee is not a twenty-minute thing; it’s a four-hour thing.”

New believers ask her faith and theology questions, such as, “Can I go out with my friends anymore? Can I have non-Christian friends? How do I witness to them without losing them as friends?” Serina enjoys each opportunity for relational discipleship.

“These are serious, important concepts you can’t really answer in a church service or Sunday school class,” she says. “You need a private time like that.”

Serina encourages her friends to look to the Lord and to the Word, often pointing them to appropriate verses. “I do have a lot more Bible training than anyone else does here, and that is all due to Moody. I function as the library. I don’t necessarily have the life experience to answer all those questions, but I do have the study and the training.”

She adds, “They might not be able to sit in a systematic theology class or read the books I was exposed to, but I can do a smaller, simpler version for them to begin to grow.”

For the last year Serina has been a leader at her church’s family outreach program, Xtreme Life. She works with children and teens, teaches English classes, and organizes cultural events, including the Christmas play and Christmas choir. “I’m also in charge of a kids’ retreat, and I help with VBS,” says Serina.

For the second year in a row she promoted Proyecto Dar, a fundraiser that supplied 165 Bibles to impoverished children and 130 devotionals to parents last fall. In the laid-back Colombian culture, Serina was surprised to see children line up 30 minutes early at the local school that hosted the event. She and her assistants showed the children how to find the Christmas story in their Bibles and read about Jesus. Along with snacks and face painting, “it was an absolutely beautiful day full of God’s joy and love found in Christ,” she says.

Another favorite event is “Domingo Lingo de Gringo,” which she hosts monthly for her 25 English students. When Chicago was the topic, she served Chicago-style hot dogs and Garrett Mix popcorn, while sharing her Moody experiences and photos. They discussed dorm life, seasonal activities, and even how Chicago’s gang violence differs from Colombia’s issue with drug cartels. “It was fun to share about my college days and pray for my friends that are serving in that city,” she says.

Serina was saved at age seven when a friend brought her to an evangelistic kids’ event in her New Jersey hometown. Her mom became a Christian around the same time and her dad was saved when she was 12. “I prayed for my dad every Sunday for five years,” she says.

Serina’s relatives ridiculed her family for becoming Christians and stopped sharing holidays with them. “I understand what it’s like to have people in your family not talk to you because you’re Christians,” Serina says to young believers in her Colombian church. They listen, as many of them are the only Christians in their family, she explains. “They’re like, ‘Well, if she can be a missionary, then I can be a missionary.’”

Serina is the first missionary in her family. At age 14 she helped people affected by Hurricane Katrina. At 16 she led a seven-year-old girl to the Lord during a trip to Mexico, reminding Serina of her own conversion. While still in high school, she interned in Kenya, exploring options like medical care. “But no matter what I did, I ended up with the kids,” she says, realizing her calling.

She also met Dan ASP ’80 and Sue Wicher ASP ’80, Moody graduates with Camino Global. “You need to go to Moody and then come work for Camino,” they told her.

God led Serina to do both. She majored in Bible and intercultural ministry at Moody with an emphasis in children’s ministry. She started learning Spanish and joined the leadership team of Puente, Moody’s Spanish club. “Those friends were hugely influential, helping me understand Latino culture,” she says. Also helpful were professors like Mrs. Elizabeth Smith, who taught her skills for children’s ministry, and Dr. Rosalie de Rosset ’80, who helped Serina think through her theology as a woman in a Latino context.

Practical Christian Ministry opportunities helped her grow in her faith, especially her two years of outreach to prostitutes rehabilitating at the Chicago Dream Center. “Not only did I have to learn how to trust God in, at times, dangerous situations but I was challenged on how to share God’s love with people that have suffered so much,” she says.

Serina hasn’t been back to New Jersey since she moved to Colombia in August 2015. “Part of ministering to people is spending time with them through everything—Christmas, Easter, birthdays, vacation time,” she says.

In a culture where people tend to follow the leader, her goal in discipleship is to teach them to use the Bible and think for themselves, much like her theology classes at Moody taught her. “I appreciated the struggle I went through to know what I think about key doctrines—I want them to experience that same struggle themselves,” she says.

Regarding salvation, for example, she tells them, “You’re not saved because you have a good pastor; you’re saved because of your personal faith. I want you to believe it because you know it’s true, because that’s what the Bible says, and then show it to me.”