Finding God in a Japanese gang

Jonathan Hayashi BA/MA ’14 sat in the back of a police car, handcuffed and on his way to jail for stealing a motorcycle. At 15 years old he had risen in rank in a Japanese gang, but he was miserable. “I hated my parents, hated my siblings, hated authorities, hated children, hated Christians,” he recalls. “Above all, I hated God.”

But in that car, an encounter with God would eventually release him from the bondage of hate. Now a Moody alumnus and pastor in the greater St. Louis area, Jonathan marvels at the grace of God that transformed his turbulent life.

Born in Kentucky to a devout praying mother and a dogmatic atheist father, Jonathan was three when his family returned to their native Japan. His dad was a quiet geochemist in public, but at home he often got violent. “I remember my dad being furious and beating us.” Jonathan wasn’t strong enough to protect himself or his loved ones, so he would play piano to numb the pain.

When his mother would take him and his siblings to church, his father would mock them. “You fools, believing in a fairy tale!”

Jonathan lived in fear of his father—fear that later turned to hatred. In junior high he cried out to God to fix things, but “it just got worse with my dad’s beating us,” Jonathan says. “I began to doubt God and eventually walked away from Him.”

At age 12 Jonathan began hanging out with gang members, smoking, and taking drugs. He bleached his hair and got piercings and tattoos. People would say, “God loves you and has a wonderful plan for your life,” but Jonathan would scoff. “If God so loved me, why couldn’t he give me a dad who loved me?”

Although Jonathan pretended everything was fine, “deep down I knew there had to be more than sex, money, and power.” By age 15 he failed his classes and had a GPA of 1.2. His two older brothers and younger sister were also leading troubled lives.

Then Jonathan got caught stealing the motorcycle. And in the back of the police vehicle, he had an encounter with God. “It wasn’t an audible voice or a vision or dream like Saul of Tarsus had,” he recalls. “It was like God tapping on my heart: Jonathan, I have a bigger plan for your life.” 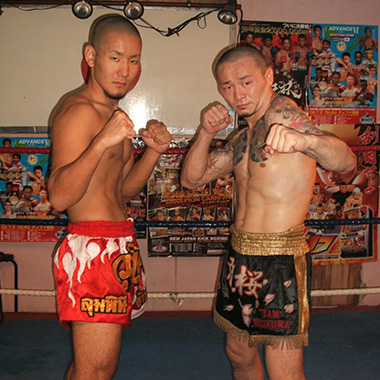 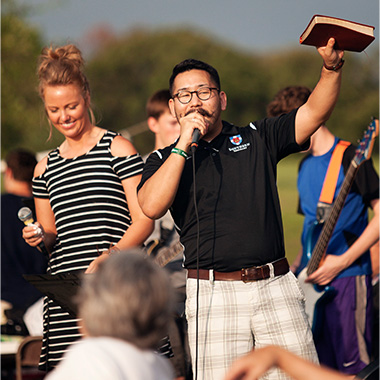 Jonathan Hayashi (left) as a teen gang member in Japan.

Still lacking remorse, Jonathan got kicked out of school, so his mom sent him to a missionary home near Tokyo. There he met a youth pastor who exhibited great peace and joy and was continually praying for Jonathan.

Curious, Jonathan finally asked, “Pastor, what’s the secret, tell me? What is it?” The youth pastor shared the gospel, and that was the turning point. Jonathan wept like never before as he professed his faith in Christ and sensed God’s unconditional love. “From the bottom of my heart, I had joy and knew I was loved and valued!”

“Everything changed when Jesus came into my life,” he explains. “I was no longer a hater of God. I was a lover of God who delighted in children, respected authorities, and was not only able to forgive my father but to love him for who he was!”

Repeating his freshman year, Jonathan attended an international boarding school in Panang, Malaysia, and studied hard, graduating with a 3.75 GPA. He remembers Kathy, his boarding school parent, asking him what he wanted to do in life. “I want to be the real deal, like my pastor, who shared the gospel with me at age 16, who genuinely loved me,” he replied. “I want to be the salt and light of Jesus, who came for the outcasts. I want to see people being saved, baptized, and added to the church.”

Kathy recommended Moody Bible Institute, so Jonathan began reading about D. L. Moody and was inspired. “Who would have thought that a man who stacked up size 9 and 10 shoes—an un-ordained person with a fifth-grade education—would make a huge impact? The world’s greatest evangelist the world has ever known!” Jonathan says. He thought, If God could use Mr. Moody, couldn’t he use me?

Intent on studying at Moody, he prayed, “God, if I don’t make it, I’m going to apply again. I want to live my life like D. L. Moody did. I want to preach your Word.” 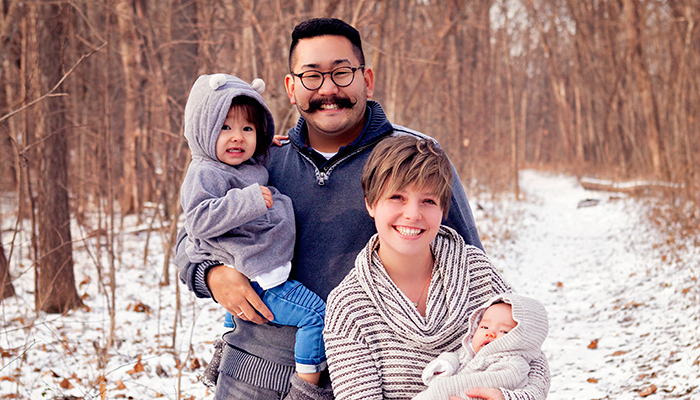 Jonathan and Kennedi Hayashi and family.

Jonathan was accepted and arrived at Moody during its 125th anniversary. He heard about Moody’s bold legacy and dynamic future. “I wanted to be a part of that movement and wanted to join this cloud of witnesses,” he says. “I didn’t want to waste this life anymore that I had lived all for myself.”

He was amazed by all the ministry-minded students he met at Moody. “A lot of people know the Bible so well, and there are a whole lot of people who love Jesus.”

While studying at Moody, Jonathan did his practical Christian ministry at Uptown Baptist Church, an inner-city church where he later served as a music minister for four years and was ordained. He also taught apologetics and philosophy at Pacific Garden Mission. After his undergraduate degree in Pastoral Ministries, he earned a master’s degree in Congregational Leadership from Moody Theological Seminary. He also worked in Public Safety and served as student president of Moody’s International Student Fellowship. That’s when he met Kennedi (Conradson) ’18, whom he married after his graduation in 2014.

His mother jokes that no one expected Jonathan to become a pastor. Yet today he is an associate discipleship and music pastor at Troy First Baptist Church in Troy, Missouri, where his wife serves as the church’s children’s director. He is also a doctoral student at the Southern Baptist Theological Seminary and the author of a new book entitled Ordinary Radicals: A Return to Christ-Centered Discipleship. He and his wife have two daughters.

“I wouldn’t be here if it weren’t for Moody Bible Institute,” says Jonathan, who hopes to be a lead pastor and teach in higher education someday. “Not only were the professors at Moody the best academically, but they also invested spiritually in the students. They opened their lives and homes to us,” he says. “It was more than a job for them; it was their ministry.”

His siblings have also turned to Christ, and two of them followed Jonathan to Moody. Kazuyuki Hayashi ’12 is a PhD student at Baylor University and an adjunct professor at Moody’s seminary, and Chrissy Hayashi ’15, now serves as a missionary teacher in Japan. The oldest brother, Takayuki Hayashi, is a missionary pastor with Operation Mobilization in Japan. He shared the gospel with their father, who came to know the Lord and was baptized in 2012. “His life is changed,” Jonathan says.

Jonathan is grateful for God’s faithfulness in leading him to the school that D. L. Moody founded. When he was asked to talk about D. L. Moody to the second-grade class at his church’s academy, he agreed, talking about Moody’s impact after the Chicago fire in 1871. He often shares the gospel that changed his life, and the Word of God he learned at Moody. “I am awestruck by the reality of God’s infinite love, that He would choose someone like me; it is entirely by grace, through faith, that is in Christ alone,” he says. “I look back on my life and recognize that I am here simply as a sinner saved by grace. I give Him all the glory.”