Lessons from an Excellent Life

Lessons from an Excellent Life

What I learned from Dr. George Sweeting

I first encountered George Sweeting when I was a freshman at Moody in the fall of 1967. A bunch of us were playing ping pong—all teenagers, save for the handsome man in his early forties who slipped into line wearing a Moody Church windbreaker.

Who was this, and how tough could an old man be? I quickly found out. The new pastor from the church down the street had a devastating serve and more than held his own.

Four years later he became the sixth president of Moody Bible Institute. And three years after that he signed off on my hiring as editor of what was then known as Moody Monthly magazine. Over the next several years I became director of Moody Press and then vice-president for Publishing—which is when I learned what it meant to actually work for President Sweeting.

Eventually I was privileged to write his biography, A Generous Impulse, and by then my life had been wholly informed, and in many ways transformed, by the man we called Doc.

The first thing I learned was Dr. Sweeting’s economy of time. I made sure I showed up to my first cabinet meeting five minutes early, only to find I was already 10 minutes late. My new colleagues at that level apparently thought I should learn this lesson the hard way; in other words, no warnings. President Sweeting subscribed to the Vince Lombardi school of time. If you weren’t 15 minutes early, you were late.

Overnight I became obsessive over the clock.

I also discovered that Dr. Sweeting’s Excellence theme was more than just motivational happy talk. He did everything excellently and expected his people to do the same. Pursuits were to be planned with a purpose and executed with passion. And he was clear on the mission of Moody. He articulated it every chance he got.

We were to train church people to fulfill the Great Commission. Doc Sweeting is an evangelist and pastor at heart, and he longed to see Moody produce more of the same.

Less important, but fun, was that during his 28 years as president and then chancellor of the Institute, George Sweeting simply looked the part. In fact, he looked like someone the board of trustees had assembled from a kit. Tall and trim with clear blue eyes, his wavy hair went from gold to brown to gray and finally white. 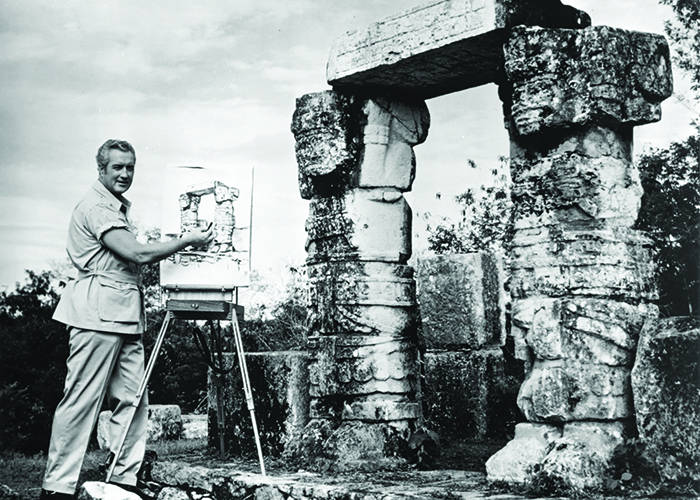 Besides being a consummate preacher, Doc pastored, sang, painted, was a chalk artist, and had traveled the world as an evangelist and author. He married his childhood sweetheart, Hilda, in 1947. But his life was not without obstacles. While a student at Moody in the 1940s he was stricken with testicular cancer and not expected to survive, let alone become the father of four sons.

Love has been the theme of his ministry since the beginning, and if one trait is most frequently recognized by friends and acquaintances and family, it’s his generosity. He says, “Seldom repress a generous impulse,” and admits he has at times been openhanded to a fault. Even those with whom he has had grave differences are not able to find fault with him later.

Doc Sweeting traces his work ethic to his father, William Sweeting. William immigrated to America from Glasgow, Scotland, in 1923, and George became his third child the following year. Not normally an expressive man, William later frequently recounted his thrill at seeing the Statue of Liberty appear on the horizon.

Sweeting’s father, a bricklayer, was a feisty, overt witness, active in rescue mission work, evangelistic meetings, and music. He taught a weekly Bible class for 30 years.

William Sweeting was a strict disciplinarian and a man of intense principle. He wasn’t swayed by what anyone else did or said. He was quiet, but not about his faith. Though he brought to American some prejudices, on the positive side he instilled in his children the idea that can’t should be eliminated from their vocabularies. “I can do all things through Christ,” he would say. 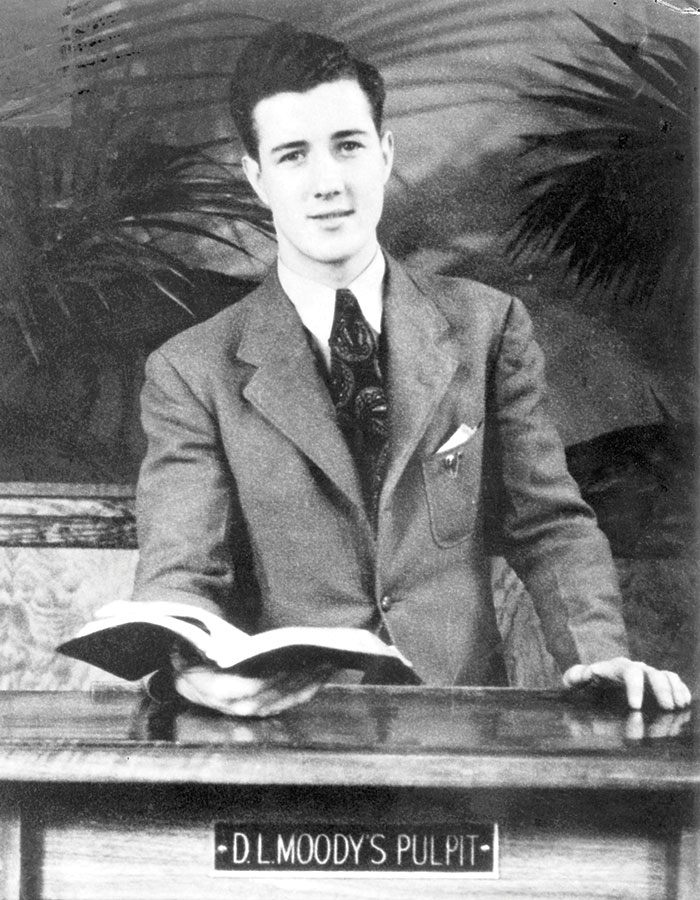 Young George sold magazines and radio guides and when old enough also helped on a predawn milk route. Ninety percent of his dollar-a-day wage went to the family kitty, and he was expected to tithe a penny from the remaining dime. He began at age 11 running milk from midnight Friday until eight in the morning. Though he learned how to handle all the money on the route, it was exhausting work. He hated the hours but loved the sense of independence and accomplishment the work gave him.

His father also wished his children would become grounded in the Bible and made sure to find an appropriate church, Hawthorne (New Jersey) Gospel. Amazingly, Herrmann Braunlin, a self-effacing man, would pastor that church for 62 years before retiring in the 1980s.

George cannot point to one moment when he received Christ as his Savior. During childhood he frequently and earnestly “prayed the prayer.” He believed, repented of his sins, and several times asked Christ to take over his life, until he learned it was a once-for-all transaction.

“In my early teens,” he says, “I realized that I knew the Lord, and I was His. I memorized verses that reassured me, and I would say, ‘Lord, You love me; You died for me; I’ve yielded myself to You. The Bible says that if I believe, I should not perish but have everlasting life. So that settles it.”

After that he seldom doubted his salvation.

George Sweeting would not only solidify his relationship to Christ in that Hawthorne church, but he would also be baptized there, meet Hilda, marry, become ordained, and eventually return to accept an associate pastor’s role.

Doc’s parents were not given to overt praise of their children. His mother felt strongly that a person should not be unduly honored, even when honor was due. George cannot remember being complimented by his father. As he progressed to become a student leader, evangelist, chalk artist, pastor, and well-known evangelical, his parents rarely came to hear him speak. Even if other people tried to encourage him, it bothered his parents. “They were afraid I’d get bigheaded, and Scots can’t stand anyone who thinks he’s hot stuff.” 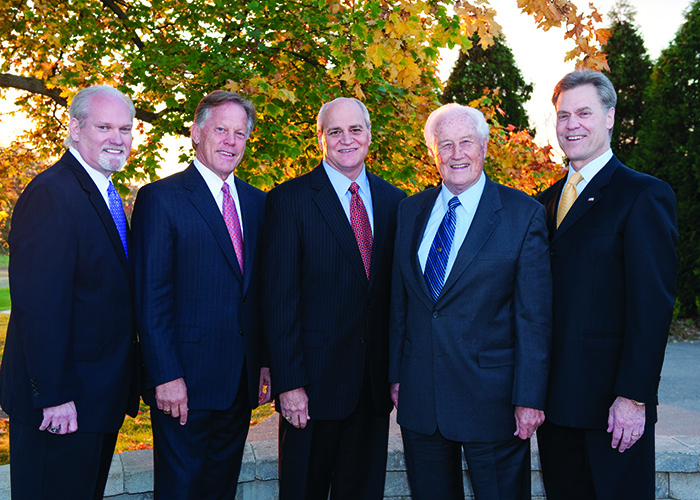 And at 95 he’s going strong. He still teaches Sunday school and accepts the occasional invitation to preach, including at Moody this past September.

I recall once congratulating Doc on a birthday and asked him how he felt. “I don’t feel old,” he said, chuckling. “I feel like a young man with something really wrong with him.”

Well, those who heard Doc Sweeting in chapel in September would be hard-pressed to describe him as old or as a young man with anything wrong with him. He may not be as mobile as he’s been, but his evangelistic fervor and pastor’s heart lives on, evident to all.

Jerry B. Jenkins ’70 is the bestselling author of 195 books that have sold 70 million copies worldwide. He formerly served as vice president of Moody Publishers and was a Moody trustee for 18 years. In September Jenkins was inducted into the Colorado Authors’ Hall of Fame. He recently joined the board of Colorado Christian University, where Donald Sweeting ’76 (son of George Sweeting) serves as president.