Soon after WMBI’s first broadcast in 1927, someone tacked a hand-lettered sign to the wall: “The Holy Spirit may use your message to save a soul. Deliver it prayerfully.” As Moody Radio expanded, the sign kept popping up, like this variation in the music studios: “Your Song May Be Used to Save A Soul. Sing It Prayerfully.”

By the time the famed Studio A and B opened in 1939, the sign was a fixture, with subsequent generations of Christian musicians posing next to it for photos. More than a sign, it was the big idea that described the best of gospel music. And 80 years later, when Moody Radio moved to the new studios in the Chapman Center, someone carried the sign across the street and tacked it to the wall. The message hasn’t changed.

Moody Radio‘s Studio A with “Sing It Prayerfully Sign,” 1939. 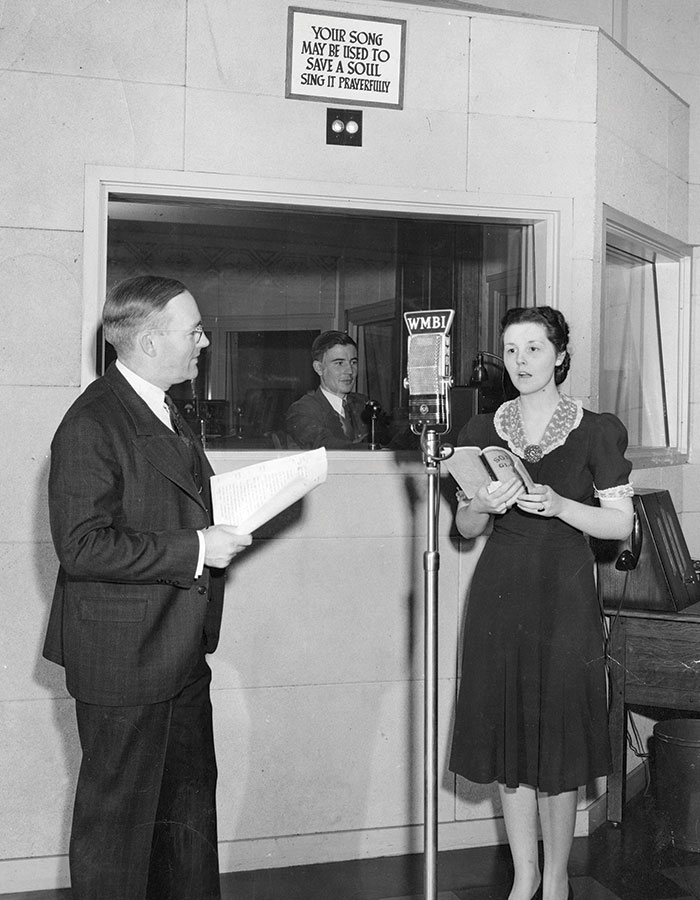