Steps of Excellence in the Life of D. L. Moody 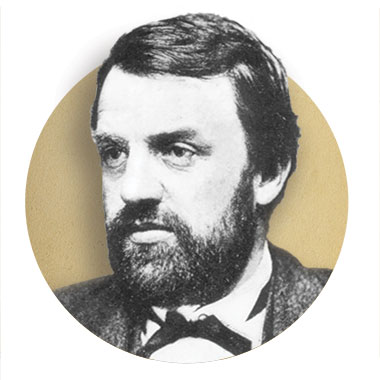 What an inspiration I discovered! Moody was like most of us. The word “genius” was not mentioned by those who described him. Instead they saw attributes that we could emulate: faith, action, prayer, single- mindedness, and God’s love.

Henry Moorehouse, who was called “the boy preacher from England,” inspired Moody to pursue God’s love with great fervor.

Moorehouse preached at Moody’s church as part of a tour of America, but Moody happened to be out of town at the time. The first question Moody asked his wife, Emma, when he returned to Chicago, was, “How is the young [Englishman] coming along? . . . Did you like him?”

“Yes, very much,” she replied. “He has preached two sermons from John 3:16, ‘For God so loved the world, that he gave his only begotten Son, that whosoever believeth in him should not perish, but have everlasting life’; and I think you will like him, although he preaches a little differently from what you do.”

“Well, he tells the worst sinners that God loves them.” “Well, he is wrong!” her husband answered.

“I think you will agree with him when you hear him because he backs up everything he says with the Word of God.”

An inquisitive Moody went to hear the young preacher, and he noticed that everyone was carrying a Bible, something strange to him. Again Moorehouse preached from John 3:16, and he gave chapter and verse references from Genesis to Revelation to prove that in all ages God loved the world.

For seven nights the young man preached on John 3:16. “This heart of mine began to thaw out,” Moody admitted. “I could not keep back the tears. It was like news from a far country; I just drank it in. So did the crowded congregation.”

To know the power of God’s love, the more excellent way, became Moody’s lifetime goal. Soon his ministry dramatically increased. “I used to preach that God was behind the sinner with a double-edged sword, ready to hew him down. I am through with that. I preach now that God is behind the sinner with love, and he is running away from the God of love.”

The Holy Spirit manifests Himself in the world chiefly as the love of God shining in and through individual Christian lives, Moody said. The Christian possesses joy (love exulting), peace (love in repose), long-suffering (love enduring), and goodness (love in action).

Love was the key to Moody’s theology and charisma; singlemindedness was the glue that held his exuberance in place.

The trouble with a great many men is that they spread themselves out over too much ground. They fail in everything. If they would only put their life into one channel, and keep it, they would accomplish something. They make no impression, because they do a little work here and little work there. Lay yourselves on the altar of God, and then concentrate on some one work.

Moody followed this philosophy throughout his life, beginning with his decision to leave a secular career to pursue God’s work. Many milestones in his life can be attributed to a singleminded endeavor. For instance, in the winter of 1871, Moody focused his prayers on one desire: to know God more intimately. One day he was discussing his search with English evangelist Douglas Russell, when the preacher remarked, “Every believer is a child of God, being born of the Holy Spirit, but not every believer has received the filling of the Holy Spirit for service.” Throughout the night and the next day, Moody was on his knees praying for this commission. He became conscious of a supernatural power controlling him:

It is almost too sacred an experience to name. . . . I can only say God revealed to me, and I had such an experience of His love that I had to ask Him to stay His hand. . . . I went to preaching again. The sermons were not different, I did not present any new truths, and yet hundreds were converted. I would not now be placed back where I was before that blessed experience if you would give me all the world.

The next year, in 1872, Moody received the challenge from evangelist Henry Varley that I quoted at the beginning of this chapter: “The world has yet to see what God can do with and for and through and in a man who is fully consecrated to Him.” “By the Holy Spirit in me, I’ll be that man,” Moody vowed. Once again, Moody made a single-minded decision that would change the course of his life. He “lost interest in everything except the preaching of Christ and working for souls.” Quickly, he broke the bonds of the busywork that encumbered him—the rebuilding of his church after the Great Chicago Fire and the construction of a new YMCA building—and left for England to begin again, this time as a traveling evangelist.

At first Moody’s English trip seemed doomed. He arrived in England with singing evangelist Ira Sankey and their families only to learn that the men who had promised him financial support had died. Moody had only one other possibility: an invitation from the lay director of the YMCA in York to conduct meetings there, a suggestion he had ignored earlier. He descended upon York at the last minute, a hasty maneuver that crippled his efforts.

But Moody persevered. Despite the rocky start, he moved to Sunderland three weeks later, then for a short visit to the small town of Jarrow, and finally to Newcastle.

“Moody and Sankey entered Newcastle . . . almost as strangers in a strange land,” observers admitted. But day after day, the preaching proved to be of God. Attendance began to pick up. Enthusiasm spread. Moody and Sankey moved from the edge of disaster to the brink of their illustrious careers as a revivalist and a gospel singer.

A minister of the Scottish Free Church heard of the stirrings of the Spirit in Newcastle and invited Moody to come to Scotland. For the next two years Moody and Sankey traveled from city to city. “Wherever they went they attracted huge crowds. At the meeting in Edinburgh, held in one the largest meeting places in the city, crowds ‘densely packed’” every corner.’” ‘. . .’” a spokesman of the United Presbyterian Church asserted.

As enthusiasm in England built, the variety and length of the reports in American newspapers mounted. According to one magazine article, “By the time the evangelist reached London he was already being approached informally about conducting services in New York, Chicago, and Philadelphia.” Moody’s single-minded concentration on one channel—evangelism—led to excellence.

D. L. Moody’s “proclamation theology” lives today in a way he never imagined. Moody Bible Institute, which he began in 1886, trains thousands of students each year. The Moody radio station, begun in the early 1920s, owns and operates more than seventy stations, and it produces programs aired on more than 1,500 stations worldwide.

Moody dreamed of mass publishing Christian literature. This vision has become a reality through Moody Publishers. Originally founded by D. L. Moody in 1894 as the Bible Institute Colportage Association (BICA), Moody Publishers has distributed over 300 million books in its history. 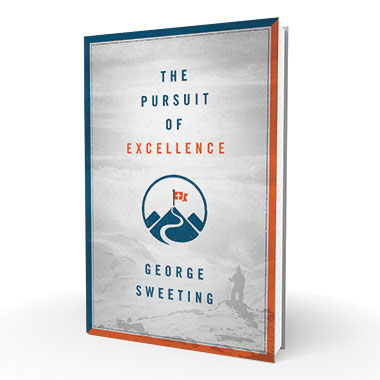 The Pursuit of Excellence by George Sweeting

Moody was not a man too different from most of us. He was not a scholar. He was not a theologian. He was not a man of eloquence. During his lifetime he grew from an impetuous, undirected young man to a man who was single-mindedly committed to serve the Lord. If God could take Moody with his limitations and enable him to excel, what can He do for you?

George Sweeting ’45 was president of Moody Bible Institute from 1971 to 1986. He lives with his wife, Hilda (Schnell ’45), in Antioch, Illinois—close enough for occasional visits. Article adapted from The Pursuit of Excellence by George Sweeting (©1985, 2019). Published by Moody Publishers, moodypublishers.com. Used by permission.