The shelter-in-place quarantine may keep people apart, but it inspired alumni missionaries Caleb and Carina Beaty ’12 to creatively share the gospel with hundreds of neighbors in Madrid, Spain.

During the pandemic, the Beatys had been hearing their neighbors’ children perform mini classical concerts from an open apartment window. That gave the Beatys the impetus to try it for themselves—on Easter Sunday.

After days of rain, they opened their windows to a bright, sunny courtyard enclosed by tall apartment buildings and announced in Spanish that they had a song they wanted to sing.

Hundreds of neighbors leaned out their windows to listen.

With Caleb on the guitar and Carina on the viola, they sang in Spanish, “Oh Praise the Name (Anastasis).” The song, which proclaims the death, burial, and resurrection of Christ, holds special meaning for the couple, who heard it during the procession of flags at the Southern Baptist Convention last year. Sent by the International Mission Board, Caleb and Carina moved into the Spanish barrio in fall 2019.

Neighbors applauded after the song. Some even texted their approval on a WhatsApp group that was formed during the pandemic. 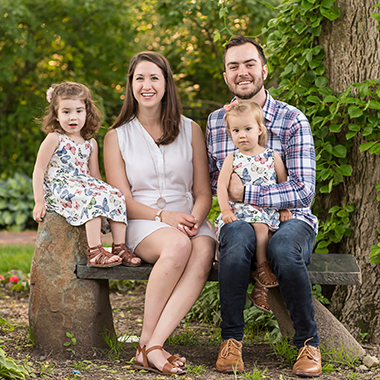 The virus has brought us together,” Caleb said in an IMB article. “Doors are opening to relationships: we’re getting to know people’s names through the text group and even writing back privately words of thanks and encouragement.”

When they learned that the property manager was in ICU with COVID-19, they were able to write to him personally and begin a correspondence.

Breaking barriers to the gospel is good news in Spain, where reportedly less than .5 of 1 percent of the population profess a personal relationship with Christ.

After their Easter song, the Beatys received a gift for their two young daughters from their next-door neighbor—and an invitation to continue playing every Sunday. They are thrilled. “We want to be faithful in proclaiming Christ and use this opportunity to build His kingdom,” Caleb said in the IMB article. “And we appreciate prayer for us as we select the music and share Christ in our day-to-day life during this lockdown, and beyond.”

Caleb, who met his wife, Carina, at Moody, is the son of Dr. Andrew Beaty ’88, associate director of the Center for Teaching, Learning, and Assessment.

Watch the video of Caleb and Carina's courtyard concert.