How alum Sarah Zagorski ’12 found peace and God’s plan after her life was almost terminated.

“He’s a cheap physician.” That was all her friend could say about the abortion doctor she was recommending to Lidia.

With six children at home and a pregnancy conceived through an extramarital affair, Lidia was afraid. She had two previous abortions, and she knew what an appointment at a clinic like this meant. But her visit on that January day in 1990 wouldn’t be like the others.

She was 26 and a half weeks into her pregnancy, and after the procedure, Lidia could clearly see that the tiny human form now sharing the room with her was a girl.

And the baby was not breathing.

Lidia cried out to the abortionist to save her child, but he responded that the baby would be “a mental vegetable” who “wouldn’t have any kind of a life.”

That threat struck a nerve. Already under review by the Louisiana Medical Board for a botched abortion that endangered a woman’s life, the abortionist nervously called for an ambulance. The tiny, struggling child was rushed to the trauma birth ward of a local children’s hospital. Her mother named her Sarah. 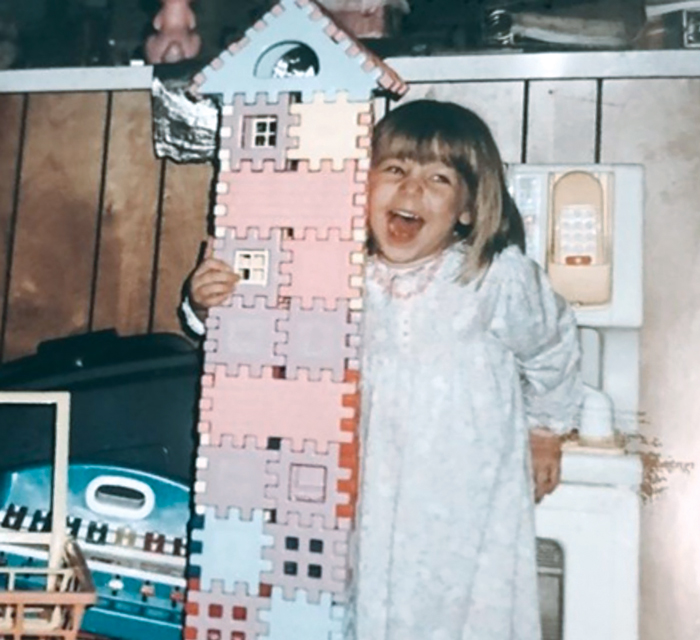 With intensive care and treatment, Sarah survived. But her experience with trauma was just beginning. Now in her 30s, married, and a mother herself, Sarah Zagorski looks back on those first years of her life and describes them as “a war zone.”

“My birth mother, who was a Honduran immigrant, became pregnant for the seventh time,” Sarah says. “Her pregnancy was the result of an extramarital affair. She was already struggling. She had children living off food stamps and Medicaid, in and out of foster care. And her life was very troubled. She also struggled with mental illness, specifically bipolar disorder and schizophrenia, and that made some of her decision making very confusing . . . not based in reality.”

Sarah’s mother had relationships with some of her children’s fathers, but they were violent and abusive. That abuse was inflicted on the children as well, especially Sarah with her fair skin and blonde hair.

“The abusers in my home had kind of preyed on me. I was very different from my siblings, and my mom being Honduran, had dark skin, dark hair, olive complexion. I became a target in that environment, and I was abused a lot by people in my family because of that.”

“I went to my foster care parents with just the clothes on my body and a baby bottle with Coke in it. I was very sickly as a child. I developed active tuberculosis, and I needed medical care.”

With lungs already weak from her premature birth, she says she would have died without treatment. The foster care program provided medical care, then returned her to her biological home.

“The first goal of foster care is always reunification with the birth family,” Sarah says. “And in my case, the state was trying to ensure that my birth mother had every opportunity to take care of us. But unfortunately, that just wasn't the reality of our life at home.”

For Sarah, home meant abuse. Over the next seven years, Sarah would find herself helplessly repeating the cycle of returning to foster care, then to her birth mother, then back to foster care. In Sarah’s case, returning to the same foster family for most of those years provided her with a stable environment and a feeling of being home.

Adoption and Introduction to Moody 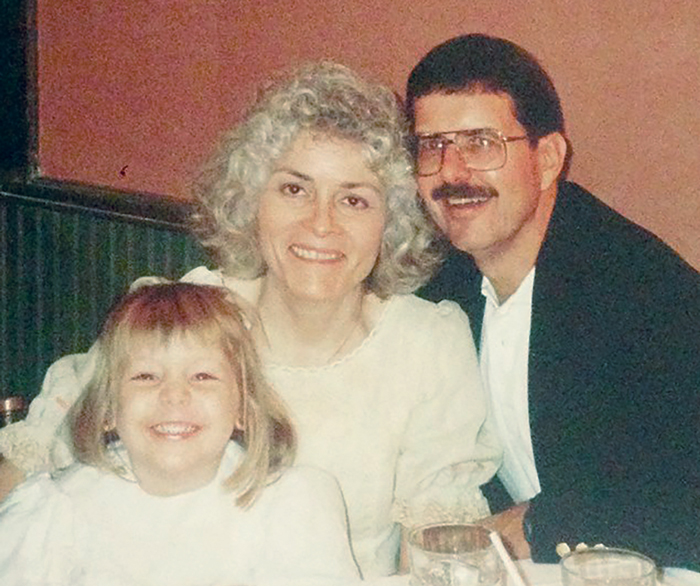 Eventually the state of Louisiana terminated the parental rights of Sarah’s birth mother. When Sarah was nine years old, the foster family whose home Sarah had bounced in and out of over the years changed her life forever when they adopted her. Along with two parents who deeply loved her, Sarah also received the gift of a peaceful home. She sums up her adoptive parents with one word: “Selfless.”

“When I read about Moody and learned about their mission, I fell in love immediately,” she says. “I didn’t even want to apply anywhere else. I said, ‘This is where I’m going. I know it for sure. God called me to be there!’”

Her course of study fell into place. 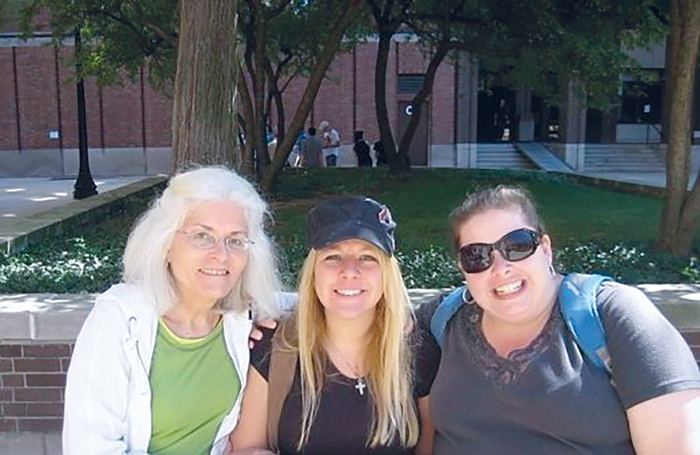 “I knew I cared deeply about the ‘life’ issue,” Sarah says. “I took speech and debate because I really wanted to become a speaker, and that was something I was passionate about.”

Pursuing a degree in Communications and Biblical Studies, she also became interested in reaching out to the homeless population during her years at Moody. While working with an outreach to the homeless, Sarah received another God-sent gift.

“I met my husband, David, at Moody,” she says. “He was working with the homeless ministry that I was part of.

“I loved Moody, and I miss it. I learned such practical ways to minister to people where they are, which is something that I had never experienced before.”

But those MBI years also hold one sorrowful memory.

“You know, my mother had a tragic life. She passed away while I was at Moody,” Sarah says. “Right after her death, we cleaned out her apartment. That was so hard because she kind of died the way she lived her whole life—in this horrible state of poverty, which was really devastating because I had hoped myself to be able to help her one day.

“I found letters she had written to judges where she was pleading for her children back. They were written while I was at Moody, and in one of them she said, ‘I’m so proud of Sarah because one day she’s going to be a missionary.’ I think she knew God had a plan for my life.”

Since her graduation from Moody in 2012, Sarah’s dream of being an advocate for life has come true. She moved to Colorado, where she served as the director of Colorado Citizens for Life, a staff writer for LifeNews.com, and a lobbyist advancing pro-life legislation at the state capital for Colorado Family Action, a policy partner of Focus on the Family.

Following a move back to her home state, Sarah now serves as the New Orleans director of Louisiana Right to Life, where she also directs the adoption education program. Sarah describes herself as an advocate for life, foster care, and adoption.

From the abortion rights perspective, Sarah’s life should have been terminated to avoid so much suffering. But Sarah says, “I often think that, in some ways, the best teacher for humanity is pain and suffering. In my childhood home, I really had an encounter with Jesus, the Suffering Servant. I believe that because my foster care family presented the gospel to me in a loving way prior to my return to my biological family, I connected with Christ. He reached out to me.

“You know that Isaiah 53 passage about the suffering servant who takes on our pain, takes on our suffering as if it’s His own? I encountered Him there, and He was my place of refuge. He was my safe haven in that dark place where I was starving, I was being abused, where I was being violated in every way. I reached out to Christ. He provided that way out for me through foster care.”

She is also a dedicated advocate for adoption.

“I also believe in the stability that the permanence of adoption can bring to a child and in the commitment of secure parents that know the Lord and really want to help kids,” she says. “I’m very passionate about those things because of my own experience.”

Sarah spent much of her life feeling “unforgiving” and “not very grace-filled” toward her birth mother and the choice that was intended to steal away Sarah’s chance to live. But as the years have passed, she’s experienced both God-given grace and forgiveness.

“My mother told me once, ‘I loved you, but I was afraid.’” Now Sarah is quick to point out that ultimately, “My mother fought for my life.”