A Matter of (Eternal) Life and Death

A Matter of (Eternal) Life and Death

As Wayne* ’21 explained the gospel to his four friends, he was amazed to see the genuine interest on their faces.

Four months into serving high school and college students in the Middle East, Wayne was still surprised by national students’ openness to spiritual conversations. Tonight, two young men in particular seemed captivated by the story of Calvary. As they parted, one of them thanked Wayne.

“This was really great to hear,” he said. “I want to talk more.”

Wayne always gets excited about an opportunity to share the good news. Since he arrived in the Middle East in 2021, Wayne has presented the gospel numerous times through campus outreach and a conversational English class.

His mother says he has an eternal perspective. “That is something that God has gifted him with.”

By the time Wayne graduated from Moody in 2021 with a theology degree, he was an experienced evangelist, having served as president of the group Gospel Outreach for his Practical Christian Ministry. “That was the most fruitful and beneficial part of my experience at Moody,” he says.

For Wayne, a life-threatening diagnosis has created an even greater urgency to obey the Great Commission.

‘I am Praying for Suffering’

Raised by missionary parents in Eastern Europe and the Caspian, Wayne was just five when he trusted Christ as his Savior. His faith deepened as he grew up in a nurturing home with his parents and sisters Liz ’11, Lauren ’12, Mandi ’15, Anna ’17, and Lydia ’22.

While studying Philippians as a teenager, Wayne was struck by Paul’s teachings on trials and perseverance. Wayne thought about his own life and wondered if he would persevere when his own faith was tested. He told God, “I don’t want to just coast through life with a shallow faith. Lord, if you’re going to have me go through suffering, I pray that I will go through it well and glorify You through it.”

Wayne’s mother remembers him coming into the kitchen and saying, “Mom, just so you know, I am praying for suffering.”

“Oh, buddy,” she answered. “Be careful with that.”

Unbeknownst to either of them, Wayne was already afflicted with a life-threatening condition.

By age 16, he was having trouble walking. His parents chalked it up to his rapid growth—he was over 6’3”—but after Wayne fell twice in one week, they took him to see a doctor. On April 23, 2015, an MRI scan revealed a tumor in Wayne’s brainstem. Alarmed, the family immediately flew to the US for a biopsy.

The following months were a whirlwind of grave discoveries. The one-inch cancerous mass in Wayne’s brainstem threatened basic life functions, from his heartrate to his digestion. The tumor was incurable, too large to risk radiation therapy, and, due to its sensitive location, most doctors refused to attempt surgery.

“They originally told me that I had a few weeks to months to live,” says Wayne. “Apart from a miracle, there was nothing that could be done.” 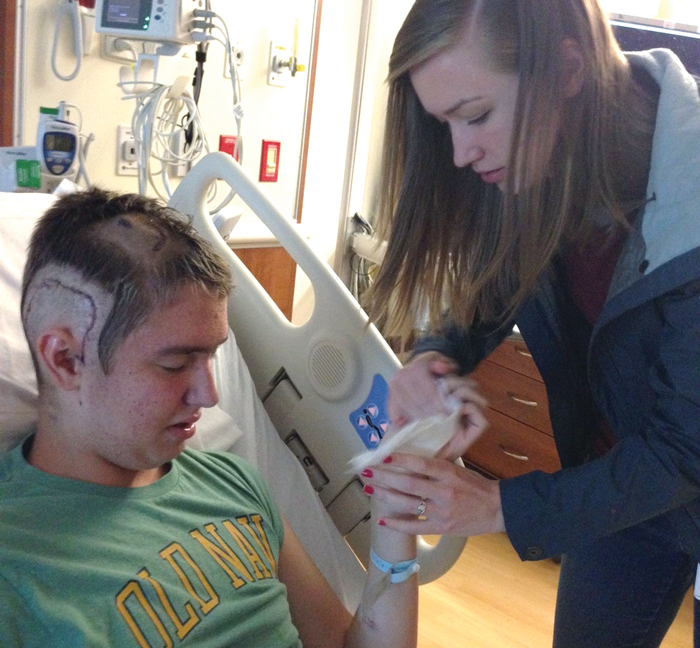 Faced with death, Wayne says he felt prepared. “That’s the best way I can describe the initial feeling,” he says. “Yes, it was hard. It was a heavy kind of hard.”

As a missionary family living overseas, they had already faced considerable trials and wrestled with questions about God’s goodness and sovereignty. Those experiences had prepared them theologically for Wayne’s medical ordeal. But it was still grueling.

“We were shaken plenty of times,” his mom says. “There were nights when I was on the bathroom floor, sobbing. It was deep suffering.”

But more than fear, the family experienced profound peace. “I have never felt such a tangible comfort,” says Wayne’s mom. “It was sweeter than we could ever have dreamed or imagined in the midst of huge heartbreak.”

Eventually a doctor in Chicago agreed to operate, managing to remove half the mass in early June 2015. Wayne came out of surgery with the mind of a two-year-old. “He couldn’t recognize a picture of an elephant,” says his mom.

No one knew if his condition was permanent. “His whole brain had to rewire pathways to everything,” she says.

Photo caption: Wayne after one of his three brain surgeries to remove a tumor from his brainstem.

But Wayne’s recovery over the following weeks was incredible. By October he would score 100% on the math portion of his GED placement test.

“My tumor has broken basically every rule that a tumor could have,” he says.

Amidst somber end-of-life discussions with his family and through the highs and lows of the following months—during which his tumor regrew—Wayne underwent three brain surgeries. “Four times the doctors told me to say goodbye to my family,” he says. “It was very unlikely I was going to make it past the next treatment.”

Wayne was saddened by the prospect of leaving his family, but he was excited to meet Jesus face to face. He knew it was no accident that he still had hope in this life-or-death limbo.

“There’s this kind of motivation that this whole experience has given me to share my faith with others,” Wayne says. Other people needed to know the God who gave Wayne such peace.

God’s Healing and an Open Door to Moody

Wayne’s grand entrance to Heaven would have to wait. “Every time the tumor was supposed to kill me, God stopped it,” he says. “It puzzled the doctors quite a bit.” 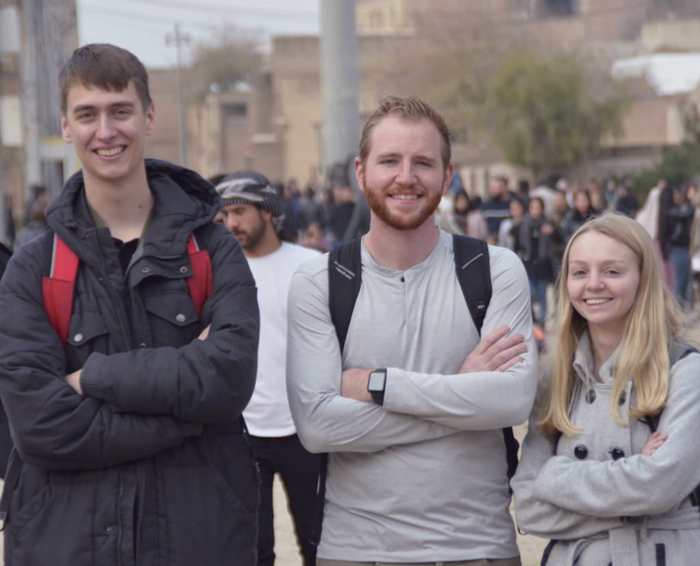 Despite a grave prognosis, thanks to the surgically reduced size of his tumor, he was able to undergo six weeks of radiation therapy, which caused his tumor to partially shrink—and it hasn’t grown since.

In December 2015 Wayne graduated from high school with his GED. His family was able to return to the mission field in 2016, and the following year he attended an evangelistic training camp in Eastern Europe. College was the next obvious step, but Wayne wondered, “Would that be a waste of my time at school if I died a year after graduation?”

After talking with his parents, Wayne chose to pursue ministry training at Moody Bible Institute, where his four older sisters had attended. He submitted his application late, but a spot opened for him on campus at the last moment. Wayne flew in to Chicago just in time for international orientation.

“Moody is a great place to do ministry, and also it’s very affordable to be able to jump into whatever ministry that I would need to do without much debt,” Wayne says.

Photo caption: Wayne and his missionary teammates enjoy time in the city in their host country.

Every day counts. Although Wayne’s tumor has been stable for the past six years, it is still considered terminal and could grow back at any time. “I can honestly say that I am okay with the possibility of dying at an earlier age,” Wayne says. “That is something the Lord has given me peace with.”

If his health remains stable after his one-year commitment in the Middle East, Wayne wants to continue the work he is doing. In the meantime, he is excited to continue building relationships with the two students who were recently so receptive to the gospel.

Sharpened Focus on the Gospel

Wayne’s mom says she often forgets her son has a brain tumor. “Isn’t that a kindness of the Lord, that He lets us forget?” she says. “One day—and who knows how soon—it could all come back on our radar and we could be saying our goodbyes. But until then, the Lord is just letting us live. God will make us ready, and He will meet us at the next bend, whenever it comes.”

A Playground of Peace

When the Make-A-Wish Foundation of America reached out to Wayne in 2015 with the opportunity to have a wish come true, he didn’t expect to live through the year. But visiting Disney World or meeting a celebrity sounded like a letdown compared to going to Heaven and seeing Jesus. Instead, Wayne opted to build a playground in his Middle Eastern neighborhood, hoping it would offer missionaries there an open door to witness to their neighbors. The playground displays a Bible verse: “I say these things to you that in me you may have peace” (John 16:33).

“As far as we know, that’s the only public display of Scripture in the country,” Wayne says.

Miriam Parrish is the student editorial assistant with the editorial team in Marketing Communications at Moody Bible Institute. Miriam also writes and edits for Today in the Word.