Why One Family Gives

Why One Family Gives

A Family of Farmers Leaves a Rich Moody Legacy 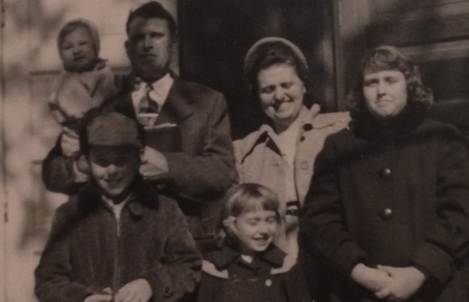 The Ruberg family in front of Checkrow Community Church in Avon, IL.

"Moody begat a lot of pastors in our family," says Rodney Ruberg, a Midwest farmer, veteran pastor, and Moody donor.

His family's Moody legacy inspired them to create the Ruberg Commemorative Scholarship, awarded each year to a pastoral ministries student who desires to serve the rural community.

The idea for a scholarship came about when Rod's mother, Evelyn, a Moody graduate, died in 1988. In her obituary, the family suggested donations to several Christian organizations, one of them being her alma mater, Moody Bible Institute.

When the family considered what to do with the rest of the money they received, his father, also named Rodney, said, "It would be nice if we did something that could continue." The minimum donation for a student scholarship was just out of reach, but together, the family raised the funds with matching gifts from the companies where they worked.

"That's how it started," says Rod. "Now we've honored my dad in the same way."

"We are very ordinary people," Rod says. "Nobody in our family has been very wealthy. So we're not giving out of wealth; we're giving out of blessings."

The Rubergs have a rich history of farming and ministry. "Moody has influenced my generation, my parent's generation, and the generation before them," says Rod, who pastors Riverview Community Church in Tippecanoe, Indiana.

Ten of the Rubergs have attended Moody Bible Institute, beginning with Rod's grandparents. Swan Clarens Ruberg, Rod's grandfather, attended Moody in 1907. Rod's father and mother, Rodney and Evelyn (Price) Ruberg, met at Moody while attending in the 1940s. They attended along with Rod's uncle, Delbert Ruberg, who met his wife, Maurine, at Moody.

In addition to their commitment to ministry, the Rubergs have been active participants in the Midwest farming community. "Dad set the example of not being afraid to be in the community and be known as a worker. I'm thankful for his example. He showed me that you’re not too good to do anything," Rod says.

Rod hopes the scholarship will encourage more young people to follow their example and minister to the rural community. "I felt that the Lord uniquely equipped me for rural ministry. I don't want to be anywhere else," he says.

In rural America, a pastor can take on many diverse roles; many pastors are bi-vocational. One day, Rod was called to a dairy farm where one of the men in his congregation had been seriously injured. He followed the injured man to the hospital and then returned to the church where his wife had just received a phone call. One of the workers at the man's farm asked if the pastor could come back and show them how to work the milking machine.

Rod's great grandparents emigrated from Sweden during the time of Billy Sunday, and their early walk with Christ was influenced by an English evangelist, Rodney "Gipsy" Smith. "He was the person who my grandparents named my dad after," Rod says. "I inherited that name, and I gave that name to my son as well."

But the Rubergs' commitment to ministry extends beyond the name. Rod started taking Moody/s Scofield course in 1977, and finished his Adult Bible certificate through Moody in 1991. "I've been familiar with Moody all my life," he says. Besides his current pastoral work, he has served in Illinois as a farmer and math teacher, and ministered at the Peoria Rescue Mission.

"I'm glad to be a part of Moody and the commemorative scholarship because it's a way I can continue the legacy of my mom and dad and others in the family who had developed through Moody Bible Institute. Moody helped them in their spiritual walks so they could influence me and so many others."