Out of the Ordinary

The founder of Operation Mobilization learns from the messes of ministry

Wearing his signature world jacket, George Verwer ’60, the founder of Operation Mobilization known best for its worldwide evangelistic ship ministry, came back to campus last year to energize Moody Bible Institute students: “We all—including me with all my struggles and weaknesses to this very day—need to know God loves us. When you feel like, How can God use a scumbag like me?, it’s then you really need to know God loves you.”

George, who was named Moody’s Alumnus of the Year in 1986 and received an honorary doctorate from Moody in 2011, is transparent about his weaknesses. He speaks openly about his battles with impatience and irritability, continually recommending Christian books that have helped him, such as Roy Hession’s Calvary Road. “God loves you even when you fail,” he says. “God is doing great things in the world today in the midst of messy situations.” 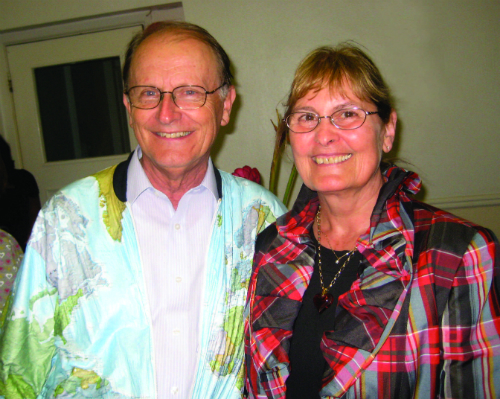 God used what seemed like a failure, George says, to bring about Operation Mobilization in 1961. He and his wife, Drena (Knecht ’59–’59) had just moved from Mexico to Spain, where he was studying Russian in hopes of reaching communists for Christ. He and a ministry partner headed for Moscow that summer, smuggling Scriptures in their vehicle. But before the summer even ended, they were arrested as American spies, interrogated by the KGB, and kicked out of the country.

After devoting a day to prayer, George realized his vision was too small. “God showed me that my job was to mobilize the church to reach their own continent and then spread into the Muslim and communist worlds,” he says. He organized teams of volunteers in Europe to do short-term missions trips, a concept almost unheard of at the time. Within a year of his arrest, he was sending Russian-speaking European Christians back into the USSR.

George learned that when Plan A doesn’t work, Plan B or C might be just as good. “Perhaps you feel you are on Plan F or G. I say, ‘Praise God for a big alphabet’ and press on!” he writes in his book, Out of the Comfort Zone. 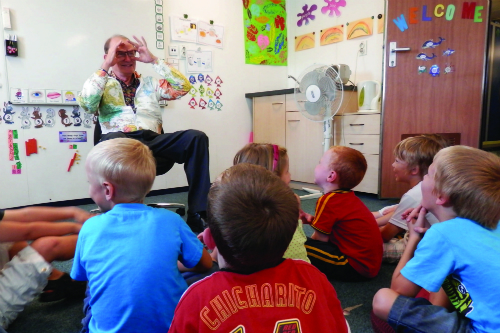 In 1964 George and his family moved to India, where OM has since planted 3,000 churches and 110 schools, especially reaching the Dalits, “untouchables” in the Hindu caste system. When George had to leave India, he and his family moved to Nepal, expanding the work. But overland travel proved difficult, so George came up with a new idea: a large ship that would serve as a floating Christian bookstore and a launch pad for short-term missions around the world. After securing a crew, he and Drena and their three young children lived on board the Logos, a 2,319-ton ship, which set sail in 1971. When it sank off the southern tip of South America in 1988, no lives were lost, and supporters helped OM acquire an even bigger ship. 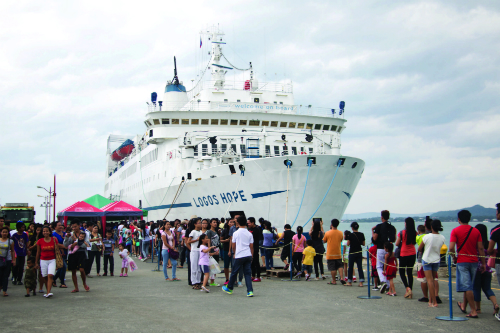 George passed the baton of leadership in 2003, but he is still active as OM’s special projects ministry coordinator. Now 78, he and Drena live in the United Kingdom and are raising funds for projects in 100 countries, including getting Bibles to people in poverty. Last year he spoke in 250 meetings in 27 countries. He says he’s preached more than 20,000 times since he graduated from Moody, the place that impacted his passion for missions. 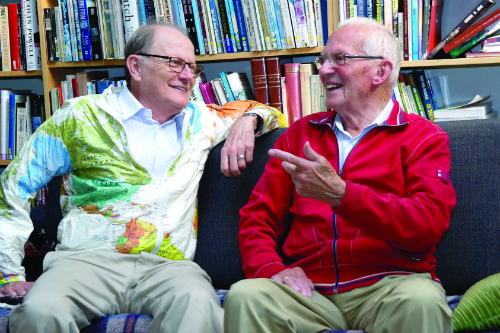 Preparing for the Harvest Field

George was excited about the emphasis on evangelism when he arrived at Moody Bible Institute in 1958. “I was hungry for God, hungry to reach the world with the gospel,” says George, who had been born again at a Billy Graham meeting in 1955. Besides evangelistic assignments, being exposed to Moody’s daily prayer meetings, Bible teaching, missionaries, and spiritual books was “like drinking from a fire hydrant,” he says, “and realizing my life was to be totally committed to reaching those who had never heard.”

His zeal at Moody was contagious. Taking Luke 14:33 literally, George called his friends to forsake all for the gospel. Students would bring their possessions and sell them in his dorm room, then use the money for Bibles and missions.

George met Drena at Moody, telling her he was going to be a missionary and that if they married she’d probably be eaten by cannibals. After graduating and getting married, the newlyweds moved to Mexico in 1960. To get there, George traded their wedding cake for gasoline, and they lived in a small room in the back of a Christian bookstore he’d started, but Drena didn’t complain. “She’s radically committed to Jesus and to missions,” George says.

Through his travels over the years, George says he has encountered many struggles in the church: pride, laziness, prejudice, autocratic pastors, the misuse of mission funds, wrong theology. George has a personal proverb: “Where two or three of the Lord’s people are gathered together, sooner or later there’s a mess.”

This year he wrote Messiology (Moody Publishers), a book describing the mystery of God’s patient and merciful work in the midst of messy situations and churches, bringing about His plan and purposes. George shares insights for applying a grace-awakened attitude in the church. He also has a new film, George for Real (visionvideo.com).

In his Moody chapel address, George summed up his thoughts:

“I see very few broken people who are willing to lay down their lives for the mission fields of the world. Praise God for every exception. God is using all kinds of people to accomplish His purposes around the world, and I thank Jesus that I’m a tiny part of it.”